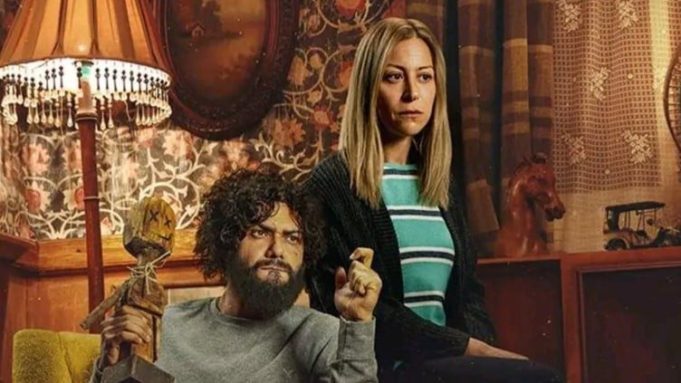 This week, Menna Shalaby’s new series, “Fe Kol Yom Esboaa Gomaa” dropped on Shahid. One she has been working on for quite some time now. And with Asser Yassin as the co-star, we knew we were in for something special!

We watched it, and we’re here to let you know why you need to drop everything you’re doing and go watch it, like right now!

Note: Some mild spoilers ahead.

Plot Twist For An Intro

So, five minutes into the first episode we were caught off guard with a MAJOR plot twist. One that we would describe as “jaw-dropping” but it will definitely be an understatement.

It was an unstoppable roller-coaster. Like seriously, faking death, slut-shamming, mental illness and more. It was all so shady!

When it comes to Egyptian shows, some serious limits in sexual hints and scenes are drawn. But in this series, they seemed to somewhat disappear. To the point where we felt this was some Netflix show or something. We’re not saying this is necessarily a pro, but it’s interesting enough.

You probably didn’t know this fun fact. Honestly, neither did we. The show is mainly based on the events of a novel with the same name by Ibrahim Abdel Meguid.

The novel’s main storyline is about a group on social media, that only accepts new members every Friday of every week. A group where they get to tell their shocking stories.

So far, this theme wasn’t revealed in the few episodes released. But we should be ready to be surprised, again. And it would definitely be a great turn of events, should it happen!

Let’s admit it, we were excited for the show itself but not as excited to witness our favorite couple on the screen again.

2011 was the first time we saw the two as a couple in the comedy movie “Beebo W Beshir” and we instantly fell in love. We had to wait another 6 years for them to reunite in the movie “Torab El Mass”!

A New Take On Mental Illness

Egyptian drama and mental health haven’t been the best of friends. Although lately, there’s a growing interest in depicting mental diseases. This series gives the approach in Egyptian drama a new depth; that we believe is overdue!

Will this show continue being this good till the very end? We really hope so. If you haven’t watched it already, please do and let us know what you think ASAP!