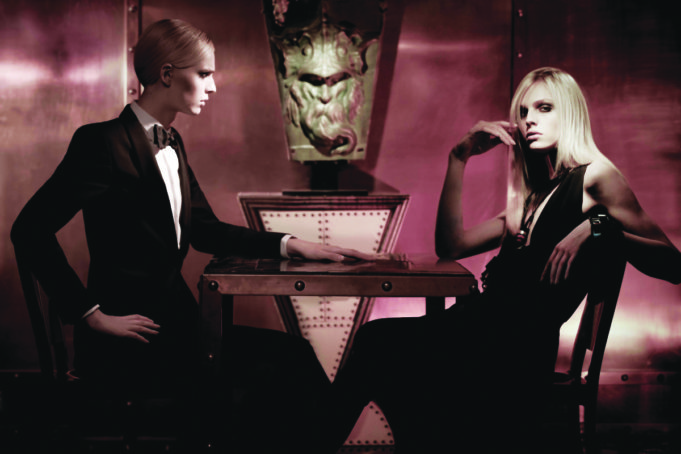 There are many dimensions to look at this intriguing topic that inspires arguments and raises questions to our day. Whether one supports or doubts the notions embedded in ‘Feminism’, one fact remains, and that is feminism is one of the most important movements in human history. A lot of human achievement would have not come to fruition without the liberation of women. This took centuries of thought and independent minds that were able to challenge the established conventions. In this article, Identity would like to touch on the milestones of the feminist movement and some of the influential individuals who helped bring it to life.

The feminist movement can be traced back to the female religious orders of the 11th century. A life at covenant was the only way a noble woman could escape an unwanted marriage or the institution of marriage altogether, and devote herself to learning. Therefore, it is no surprise that the notions of feminism were seeded in the female orders of the Middle Ages, rising from the idea that all are equal in the eyes of God.

With the Protestant movement and the disintegration of the conventional Church into more forms of reformist groups and sects, women started to emerge more as religious activists. The numbers of female preachers increased dramatically. But loud female voices ran a dangerous risk; they aggravated their male counters who exploited the thin line between prophecy/spirituality and demonic possession. Many outspoken women fell prey to the witch hunts of the 17th century. Most known in the English popular culture is Dame Eleanor Davis, whose revelations resulted in her being an icon of female lunacy and the material for jokes at the time. It did not end with her slander; she was also fined and imprisoned, and only her rank saved her from being burnt at the stake.

Female voices that spoke in the name of God were thinly tolerated. Hence, a more serious problem rose with secular female activism. By the 17th century, powerful secular voices, like Marguerite de Navarre (1599) and Anne Marie Van Schurmann (1640), started championing the intellectual abilities of women. They were followed by an unwelcomed strain of female writers. The cultural boom of the Elizabethan era resulted in a surge of female playwrights in England who were not enthusiastically welcomed, but strongly present nevertheless. In France, a female playwright also nudged the feminist movement forward in the period of political tensions that led to the revolution. In 1791, Olympe de Gouges published the Declaration of the Rights of Woman and the Female Citizen.With voices advocating female intellectual abilities, the significant fight became the fight for education.

One strong voice for female secular education in the 18th century was the writer and philosopher Mary Wollstonecraft. Her arguments resonated powerfully during the Enlightenment era and were backed by a number of male and female advocates of women’s rights. However, education remained for a long time tied to the religious establishments, and it was not until the 19th century that secular female education took off. A secular education rendered more work opportunities for women.

When it comes to married women’s rights, many names can be mentioned, but Caroline Norton stands out. Despite her good education and social standing, Caroline Norton discovered that a married woman had absolutely no legal rights when her marriage fell apart. Caroline’s husband put his hands on her money and deprived her of her three children. She campaigned relentlessly until she was able to instigate the passing of the Custody of Infants Act 1839, The Matrimonial Causes Act 1857 and the Married Women’s Property Act 1870. These laws were replicated in other countries and reshaped the lives of countless women.

Fighting for the Vote: the Suffragettes

The fight for the right to vote was one of the main milestones in the story of Feminism.The right of women to vote was given with limitation in Sweden, Iceland and Finland towards the end of the 19th century. The fight, however, was fierce in England. Those campaigning were labelled ‘suffragettes’ by the Daily Mail in 1906. “No taxation without representation” was at the heart of their campaign. The suffragettes became a wide and organized movement in Edwardian England, acting under the Women’s Social and Political Union (WSPU) founded by the Pankhurst Family; most remembered for the movement was the determined and outspoken Emmeline Pankhurst. These women rallied, protested and marched with banners. Their dress code was white, green and purple. It was not long before some even resorted to violence, knocking on politicians’ doors, smashing shop windows and even taking up suicidal acts. But the violence lost them some of their supporters and resulted in the imprisonment of many suffragettes.

The suffragettes’ movement was one of the best documented female movements in history due to the emergence of photography. The intensity of the campaign came to a halt by the break of WWI. And finally, in 1918, women over the age of 30 were given the right to vote in England.  After WWI, many European, Asian and African countries adopted women’s suffrage. However, it took Spain, Italy and France two more decades to allow women to vote.

Feminist Movements Around the World

In America, feminism emerged in the wake of the anti-slavery movement in the 19th century. But many countries in Africa, the Middle East and Latin America had much to battle before the rights of women. Subjected to colonialism and exploitation, feminist movements came as an aftermath of movements against the social injustices resulted by colonialism. For example, in Mexico, the first wave of feminism sparked with the revolution (1910-18) against the dictator Porfirio Diaz who ruled after the break from the second French Empire. And in Egypt, a feminist movement was embedded in the 1919 revolution against the British occupation.

It takes independent minds and courageous individuals to change the course of history. The fight for women’s rights was a long one, and still ongoing in certain parts of the world. But the strife for women’s rights is a strife for humanity overall and should continue to extend to every individual on the face of the earth. The break from definitions that confine groups to their sex, race, or religion and the recognition of equal rights for all is inevitable to a world with less suffering.