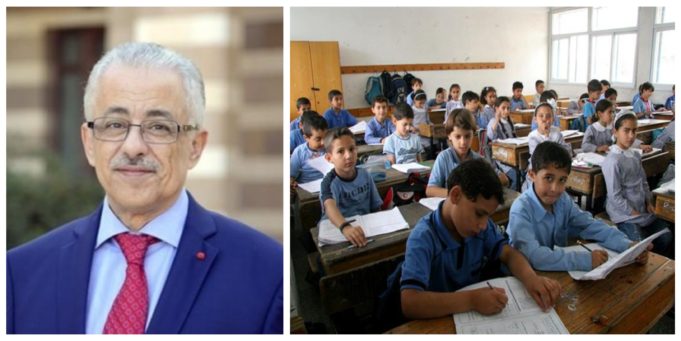 Egyptians have been complaining about the declining level of education in Egypt for too long now. People are mostly unsatisfied with both the curriculum and delivery methods, as well as the obligatory private lessons especially when it comes to ‘Thanawya Amma‘ stage. 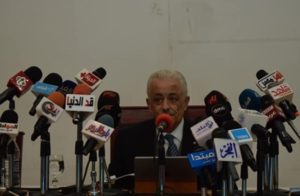 In a press conference held by Education Minister Dr Tarek Shawky on September 5th, he revealed the major steps that are currently in progress, which he believes will place Egypt’s education system on the right track.

‘We’re fully aware that the kids and youth are Egypt’s number one wealth. Through developing and working on them, that’s how Egypt will rise’, Dr Tarek quoted.

He opened his talk by defining some terminology. ‘The New Education System’ -that President Abdul Fattah Al-Sisi previously spoke of- refers to the plan that will be carried out for KGs and Primary 1 only, because this is basically when a student/child’s personality is being shaped.

Meanwhile, the steps to be carried out for elder stage students is called ‘Renovation’, because at these later stages the best thing one can do is fix rather than initiate something new.

What are the changes?

1- The ‘New Education System’ doesn’t include any form of exams until Primary 4. However, students will be evaluated by other means. The education process itself will be based on more up to date methods other than the typical ones we’re used to. It will be mainly done through activities and interactive methods.

2- A deal is sealed with a supplier company, that will provide the Ministry of Eucation with 708k tablets, to be used to facilitate and develop the education process. Servers, where educational content and data will be stored, are also currently being installed.

3. Dr. Tarek stressed on the issue of private lessons and how much they will be working to make it vanish. ‘We want to give students enough space so they can be innovative and creative with their thoughts, unlike what private lessons do, where students need to stick to solid answers without changing a word,’ Dr Tarek added.

He addressed the parents saying: ‘Don’t send your kids to private lessons. Your money will go to waste because we’ll avoid any questions that are based on the spoonfeeding method those private tutors use’.

4- Teachers’ training programs are currently being held to get them acquainted with the new programs and to maximize their efficacy.

“We aim to move from memorizing to understanding”

5- Dr. Tarek emphasized on the importance of the full awareness and understanding of parents of both the new system and the renovation processes. Several awareness campaigns and methods are currently underway, including leaflets and guides. An on-door service will be provided for parents with any inquiries where a group of employees responsible for raising awareness will reach the parents in their own homes to elaborate and answer any questions they might have.

That’s almost all of it in a wrap!

We’re waiting with extremely high hopes to see the new program actually getting validates on 22nd of September when the first semester begins.

Youths are the main drivers for change and development in any country. It’s so enlightening to see some serious steps actually being taken to build a strong infrastructure which will definitely pay the country back in no time!