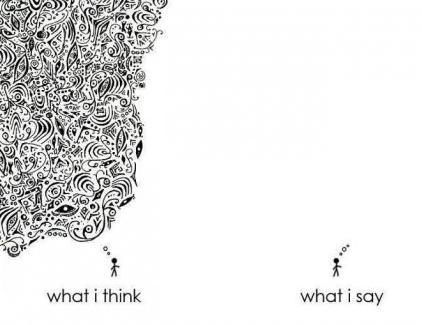 Being a quiet person in a loud world is tough sometimes. By not expressing yourself as much as others you give them the possibility of being prejudiced against you. These are common misconceptions extroverts have about introverts.

Just because someone doesn’t talk as much as others doesn’t mean they’re boring. Maybe they just don’t feel comfortable in a big group or in the group of people they’re with. Maybe they enjoy one-on-one time more than big groups. But one thing’s for sure, if you get to know any person on a personal level they will definitely be interesting, maybe even more interesting than the talkative people who are always making small talk.

Being quiet and being shy are two extremely different things. Being shy means being uncomfortable and anxious in social situations, which basically means not liking to talk. But being quiet is not wanting to talk. Quiet people often just don’t have anything they feel is worth saying at that moment but if they want to say something they will. They’re basically not afraid to speak, unlike shy people.

Some people mistake quietness with arrogance and being judgmental. People mostly assume that a person who doesn’t talk that much is stuck-up or plain arrogant. Maybe because spacing off and not talking when you’re around people, gives them the impression that you’re not interested and that you’re better than them. Also, many people have a neutral frown face, which might make them look mean and judgmental. But that’s mostly not the case for introverts. They might shut down in group outings not because they’re judging others or thinking they’re better than them but because alone time is crucial and they sometimes need to shut off.