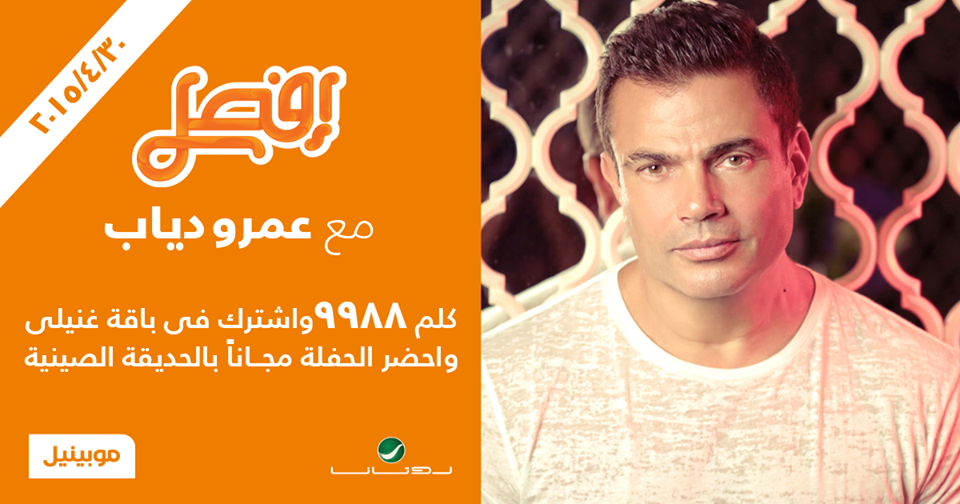 The official Facebook page for Mobinil, Rotana, and Amr Diab announced the news of a new concert for Amr Diab to be held in the Chinese garden at the Cairo International Conventions Center in Nasr City, on Thursday 30th of April. The concert is part of a series of efsel concerts brought by Mobinil to its customers who subscribe to  Ghaneely bucket by calling 9988.Ghaneely offers the customer new songs, ringtones, and video clips for Amr Diab and all Rotana stars. Mobinil offers Ghaneely bucket through its partnership with Rotana, whereby Mobinil customers enjoy the latest released songs exclusively. Amr Diab fans were extremely happy with the concert announcement as they lined up on Mobinil’s kiosk in front of  Cairo International Conventions Center to receive their invitations, they also expressed their happiness and excitement on social media websites, such as Facebook and Twitter.