Identity Magazine
Home بالعربي Mohamad El Helw: Author Of One Of The Most Controversial Books Ever
Facebook
Twitter
Google+ 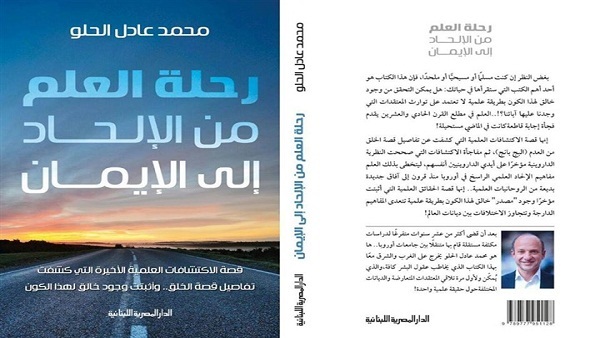 Mohamed El-Helw, author of Rehlet El-Elm Men El-El7ad Ela El-Eman (The Trip of Science from Atheism to Belief), quit his prestigious job in Geneva Switzerland, then endured a very rough patch for more than 10 years, all in the pursuit of going the extra mile and finding an answer to the question of the existence of God. Within 10 days of publishing, his book had already become a Best Seller at Cairo Book Fair. For more details about the author and his controversial book, Identity spoke to Mohamed El-Helw about his background, his career and his inspiration.

1- Before we dig into any details about your book, we would like get to know Mohamed El-Helw, the author. Tell us about yourself, what did you study and what do you hope to achieve?

I am a graduate of the American university in Cairo with a degree in political science and economics. After I graduated, I started working as a commodity trader with Cargill, the biggest commodity trading company in the world, where I was able to grow fast, reaching a high position in Geneva, by the age of 29.

2- Your book, “Rehlet El-Elm Men El-El7ad Ela El-Eman” tackles a very controversial issue as it presents a scientific proof for the existence of God, what inspired you with the idea?

My trip in life, my international exposure to different cultures, my discussions with people with different religious beliefs in addition to Atheists, my eagerness to understand “Existence” and its “Origin” in a scientific way, not merely relying on the beliefs of my parents. For more than ten years, beginning in 2002, I studied all sciences talking about Existence, and its different levels, including Cosmology, Quantum Physics, Astro-Physics, Chemistry, Bio-Chemistry, Biology, and Evolution. I studied the Six Great Religions of the World, Taoism, Hinduism, Buddhism, Judaism, Christianity, and Islam; all from a scientific perspective. At one stage, I discovered I succeeded to put the pieces of the puzzle together, seeing the integral truth. That was when the idea of the book came to me…

3- What do you believe is the problem with the world today, and why do you think there is still confusion when it comes to the idea of God?

The real problem is that the word “God” does not mean the same thing to all people. This simple observation is at the heart of the biggest misconception in History. When many scientists in the West rejected the notion of God, they rejected, and rightly did so, the God long defined by their ancestors, as an entity separate from nature. This is how Atheism started and is being passed on for few centuries now. It is very cultural at the foundation. Unfortunately, they ignore that the very same word “God” means just the opposite in other parts of the World, where nature is defined as nothing but the manifestation of God.

Within the Arab World, the most alarming problem today concerns the young generations. Their position at the intersection of both Western and Eastern Cultures exposes them to great confusion. In one direction, we talk to them about God in stereotyped and non-scientific ways. In the opposite direction, their international schools teach them Darwinism instructing them that “Nature”, not God, is the creator of species. The book clarifies all such misconceptions, while also exposing the relevance of the recent correction of Darwinism by Darwinists themselves.

4- When did you know that you were writing a book for the world to see?

My approach to connect the scientific facts discovered by different sciences like Cosmology, Quantum Physics, Chemistry, Biology, and Evolution together, forming one comprehensive picture for the story of creation as told by science was a real breakthrough. This is what enabled me to discover the spiritual meanings in the scientific facts, and show that science and religions are saying similar things in different languages! Another big surprise is that the book unites the Six Great Religions of the World around One clear and integral scientific picture. It was when I saw this big picture myself, when I realized I have something the world should definitely see.

5- As Mohamed El-Helw, the person, would you say that you’ve ever had any doubts about the existence of God? How did that shape your thinking when writing the book?

When you try to break from the chains of what has been taught to you as a kid and to explore more within the vast world of science and religions, there is no doubt that you will face times with doubts about the existence of God.. So yes, there were times when I doubted the existence of God, but the process that I have endured and the information I have collected proved to me the existence of “One Single Source” at the origin of all that there is in the universe today. This is God.

6- There are a lot of other books that have already discussed the issue of faith and atheism. What do you believe gives your book an edge over the other books and what makes it stand out?

The book breaks the barriers between the different sciences, and connects them in a way that has not been done before. It is a true revolution. It’s also revolutionary in the way the subject of God’s existence was handled. It’s unique in the way it gives one comprehensive answer to all people from all backgrounds including atheists themselves, and in the way it explains how some cultures non conceptually led to to atheism.

7- One of your book’s biggest strengths is that it targets readers from all ages and religions, how did you manage to do that? Was there a certain philosophy or strategy that you followed?

I’m always looking for the truth in its naked form, so I wasn’t biased to anyone. I didn’t want to prove that one religion or one side is the right one. I wanted the truth. I’m a human who belongs to humanity and I’m aware that there are people on the other side of the world who could be much kinder and better humans than the ones I live with. My aim was to help people reach the ultimate truth.

8- What is the purpose of writing your book, and what do you hope for the readers to get out of it?

I hope that it would give people their peace of mind and that it would answer all their questions on a personal level. I hope it could help them find their true spiritual identity, freeing themselves from the materialistic system imprisoning most people today. On the international level, I hope my book could also make a difference. If the different civilizations could understand the bigger picture, and unite around it, they would definitely realize how mediocre our political differences are.

9- What did you find most challenging about writing your book, and how did you overcome it?

Well when I was first writing the book, I was concerned about saying all there is to say without thinking of the consequences and how the restricted culture we live in might not allow it. But to my surprise, I’ve actually received a lot of great feedback from all kinds of people cherishing supposedly conflicting beliefs, and disbeliefs. This I consider a success, and a milestone for a new era of spiritual unity.

10- Are you working on any other projects? What are other future plans do you have?

There are a lot of other projects that I have came across when I was working on this book but, I’m not planning on starting anything new right now. I first want to concentrate on this book and to make sure that it reaches the whole world.