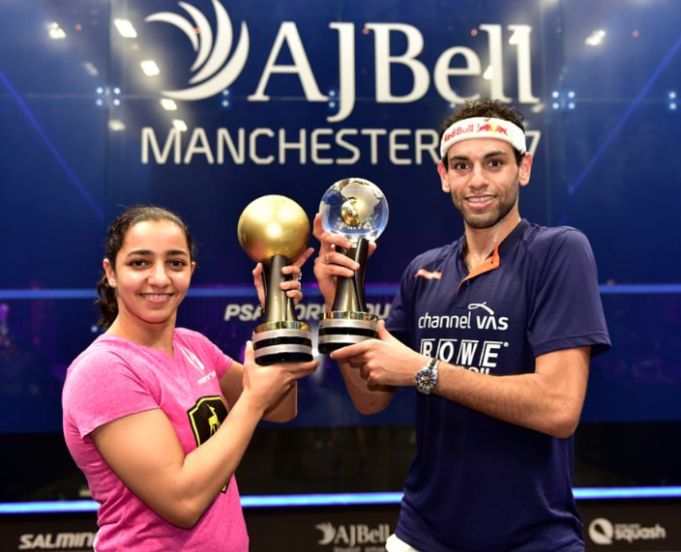 The finals of the Squash World Championship held in Manchester, had four Egyptian finalists competing against each other. In the ladies’ tournament, the world’s best Nour El Sherbini faced the world’s second best Raneem El Weleily. El-Weleily won the night and defeated El Sherbini 3-1. This title is a first for the outstanding player.

As for the men, that’s another tale to tell, the two brothers, Marwan and Mohamed El-Shorbagy went head to head to get the title. It is is the first time in the history of the Squash World Championships to have two brothers competing for the title. Mohamed beat his younger brother, Marwan, 3-2.

Congrats to the champions, and hats off to the two other incredible finalists!