Identity Magazine
Home Trending Mohamed Ramadan is Accused of Assaulting his Fans, But Did That Even...
Facebook
Twitter
Google+

Mohamed Ramadan provoked a lot of controversy lately over his recent concert in the North Coast. However, we must admit the hype started a few days prior to the concert. Just like any other Mohamed Ramadan thing, of course.

Many social media users shared how during the concert, Mohamed Ramdan actually pushed and physically assaulted many of his fans.

The thing that caused the masses to attack the actor (now singer, too) and to attack his fans for supporting him and for agreeing to attend his concerts in the first place.

Whether or not Mohamed Ramadan is really a phenomenon we need to nurture, this is a debate for another day. However, we need to know if he did in fact use violence with his audience.

So, let’s do some fact-checking…

Shortly after the concert began, many were complaining of the lack of discipline and organization. Apparently, the place wasn’t well equipped to handle such a huge number of attendees that night.

The thing that made many posts online about how this was poorly handled from the security members to Mohamed Ramdan’s own bodyguards. Naturally, many took the chance to spread rumors about how things got so bad, that Mohamed Ramadan himself went on hitting his fans into order!

Of course, the many haters or let’s call them “non-supporters” of the actor didn’t hesitate to wage war, again, on him. Calling for his ban from acting and singing for good. By pulling the old “His work always motivates violence” argument. Supporting their claims by the concert incident in particular.

His fans heavily defended him and denied all the allegations, on the other hand.

We must say, the only evidence to the whole thing is a video that actually proves Ramadan’s innocence.

As shown above, some fans managed to sneak up to the stage where Ramadan was performing. The thing that made his personal bodyguards interfere and stop them.

When Ramadan noticed that things were getting a bit “violent” and people starting falling off the stage, he instantly stepped in, trying to pull back his guards from causing any harm before going on with the performance.

Anyway, it seems like there’s nothing stopping people from criticizing the actor. Before this incident went viral, there was the whole situation with his style choices and the transparent shirt he had on during the concert, despite the many warnings against nudity made by the Syndicate of Musicians.

Nonetheless, the day was over and Ramadan took a moment to thank his beloved fans on his Instagram story and chose not to comment on any of the above. 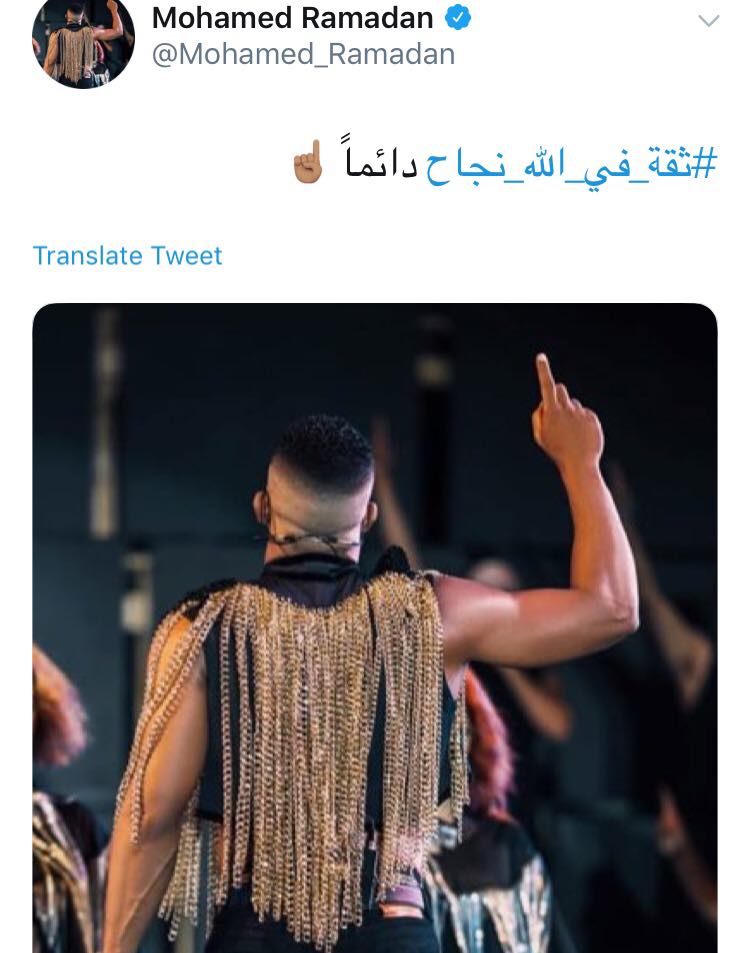 It seems like Mohamed Ramadan actually fell, for once, on the good side rather than the bad. And we, despite our many differences with the actor, had to get the story right.