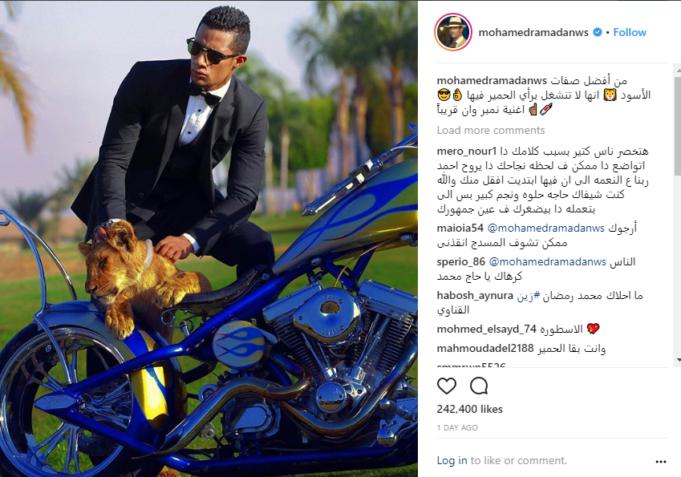 From inappropriate jokes in TV series to weird declarations by celebrities, Ramadan 2018 has been swarming with controversial things by many definitions…

Six days ago, Mohamed Ramadan uploaded a video on Instagram while riding his own Ferrari, with one of his most well-known songs playing in the background. In the video caption, he announced that his series “Nesr El Sa3id” has got the highest views among this year’s Ramadan series marathon. 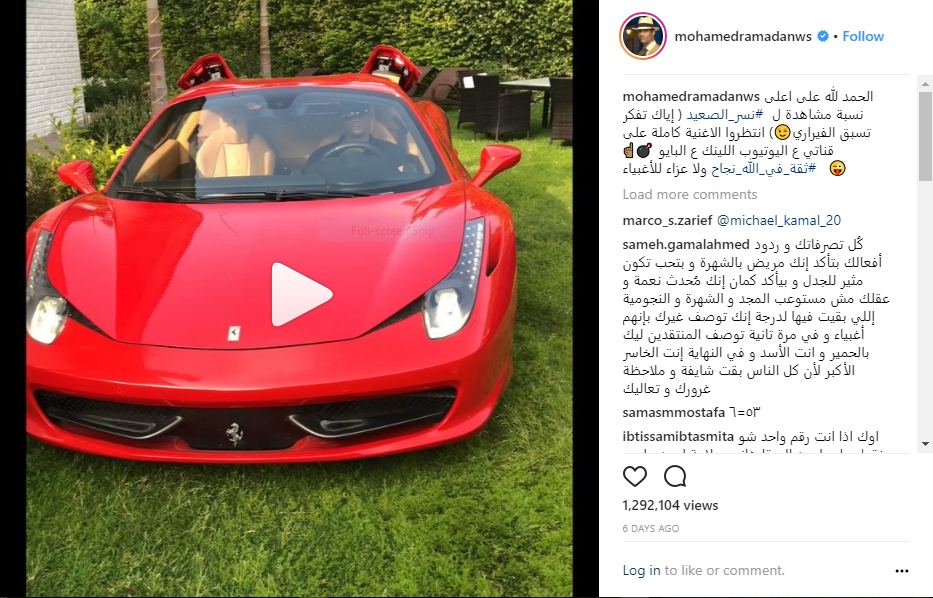 This video turned out to be the trigger to all the negative feelings towards him and was entirely unwelcomed by the audience, as well as public figures. 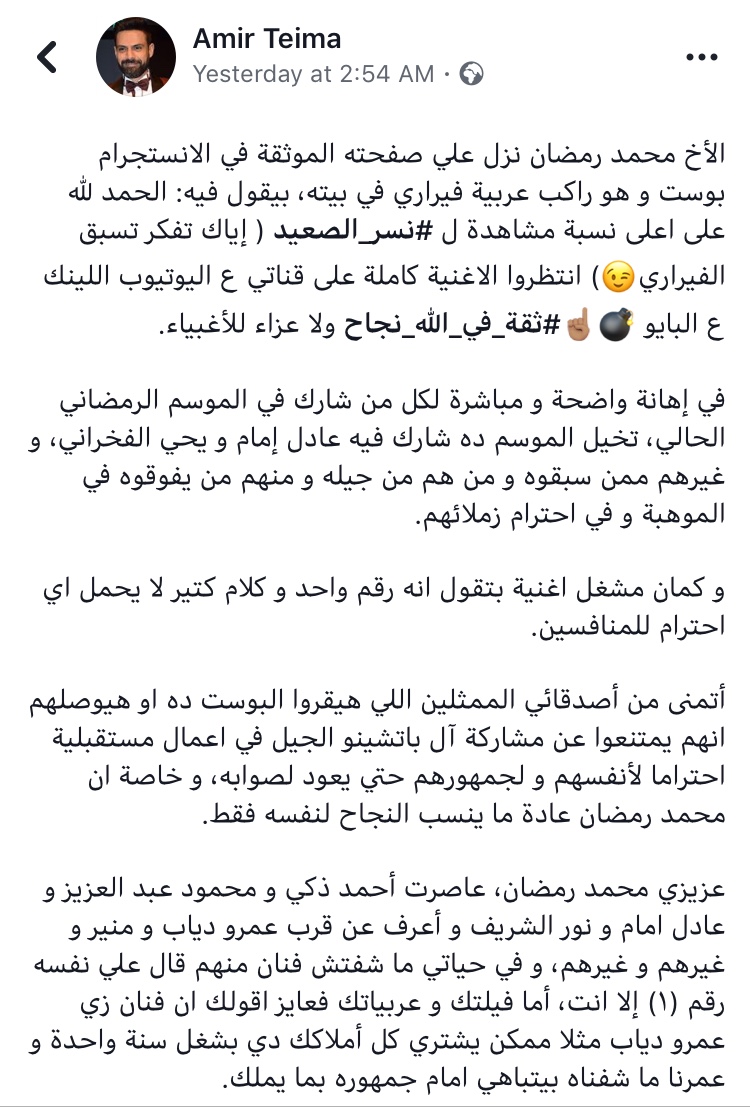 Amir Teima, the famous songwriter, revealed his objection to Mohamed Ramadan’s latest video in a Facebook post he shared yesterday, asking him to show some respect to other mega stars in the field and that he shouldn’t call himself the “Number One” actor in Egypt. 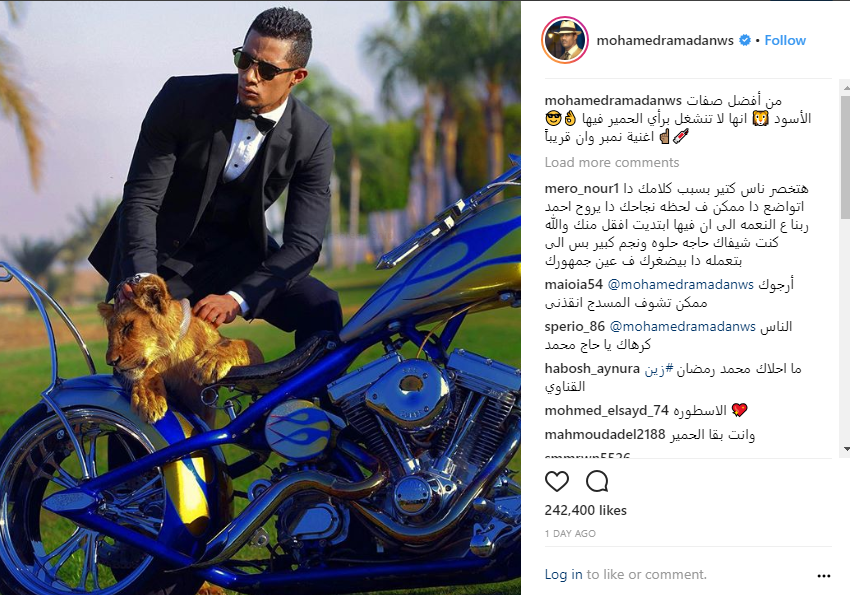 As a response, Mohamed Ramadan uploaded a picture on Instagram today with a small cub and a luxurious bike. A picture to which he attached a quote saying, “One of the most significant characteristics about lions, is that they don’t care what donkeys think about them.”

It’s not the first time the famous actor causes a fuss and controversy on social media, as he has occasionally boasted about things he owns or things he has done. It all started when he posted a picture of his two extravagant cars on Instagram, which he said are the closest to his heart.

It happened again when he posted a picture with his private jet bearing his initials in the background, along with the caption 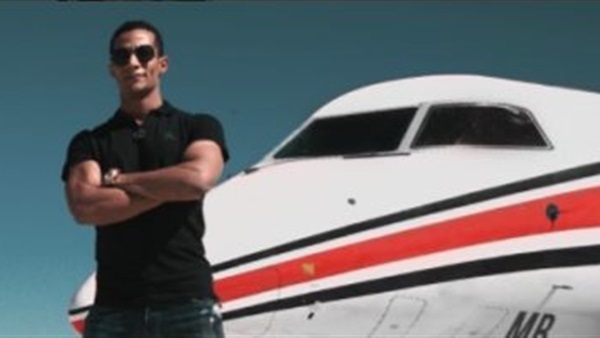 “My first trip to Saint Catherine Airport; Egypt is the land of magic.”

It didn’t stop here. He also uploaded on Facebook photos of his one million pounds donation to the New National Cancer Institute 500 500 after his participation in their Ramadan campaign, and another two million pounds donation to the Association of Friends of the National Cancer-Free Initiative. People accused him of being arrogant, a show off and a nouveau riche. His latest post, though, was the cherry on top. 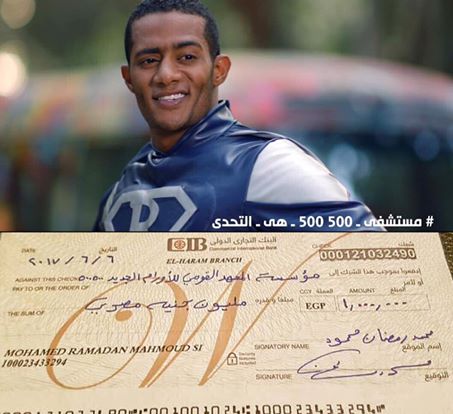 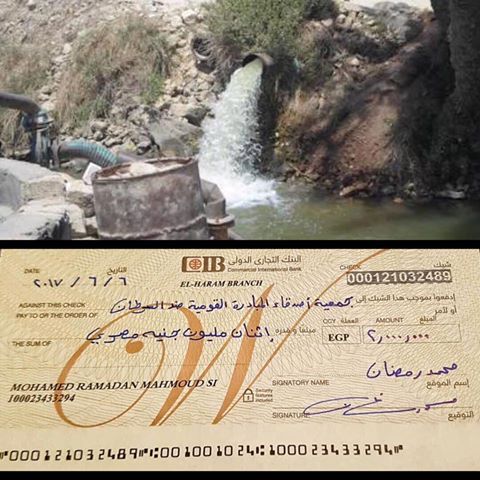 That’s the tax celebrities with a huge fan-base have to pay, being under constant scrutiny. Your teeniest acts are always criticized and holes are picked in whatever you say. This time, the controversy is real because it’s all about arrogance. Yet we still wonder what Mohamed Ramadan has in his pocket!