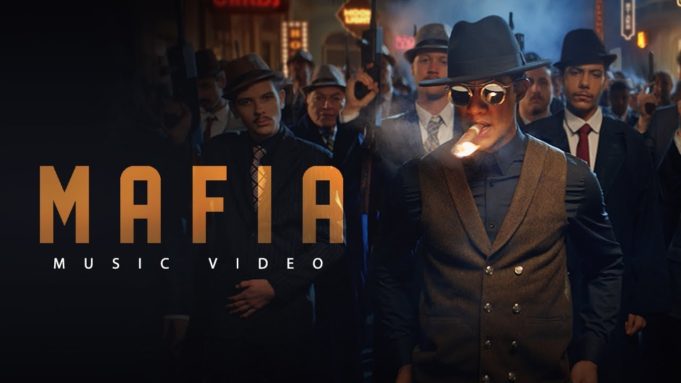 On 1/1/2019, Mohamed Ramadan wished us a Happy New Year in his own special way by releasing his new awaited song “Mafia”.

In case you have been living under a rock, over the past week, the celebrity feud between Mohamed Ramadan and Boshra has been taking over our lives and social media feeds.

Of course the spark for this feud was Boshra’s new music video, “Kobra“. You can read all about it here & here.

Thanks to this feud, people have been anxiously holding on to their popcorn as they waited for Mohamed Ramadan’s snap back. Especially since he has been hinting about his upcoming music video, “Mafia”.

So when the star released his awaited new song, a lot of people freaked out thinking this will be the next episode in the relentless “kobra-lion” series.

To everyone’s surprise and disappointment, the music video and song lyrics didn’t seem to DIRECTLY address Boshra nor their feud.

This is understandable, of course, since Ramdan has actually been promoting his new song even before Boshra released hers. So Mafia could, in fact, be irrelevant to this on-going feud.

However, some of the lyrics Mohamed Ramadan sang seemed to be directed at someone who is gunning for him out of personal grudge and envy.

Without clarifying who it is, Ramadan bashed his haters altogether in his own “Ramadan” way. All while giving a chance for the dancer in him to shine through.

Unlike Boshra, if Mohamed Ramadan was, in fact, clapping back at “Kobra” with “Mafia”, he sure did it more subtly. We have to give him that.

However, this did not stop some detectives from detecting some hidden subtle clues behind Mafia’s lyrics.

Okay, maybe not so subtle…

There is no way to know for sure if Mohamed Ramadan was, in fact, sending a message to Boshra through his song or not.

There is also no way for sure to determine why this feud started in the first place and whether it’s even real or not.

However, one thing for sure, is that this whole thing has gone on for too long that we just started to lose interest.

Could all of this just be a publicity stunt and we all fell victims to it?

Tell us what you guys think in the comments!