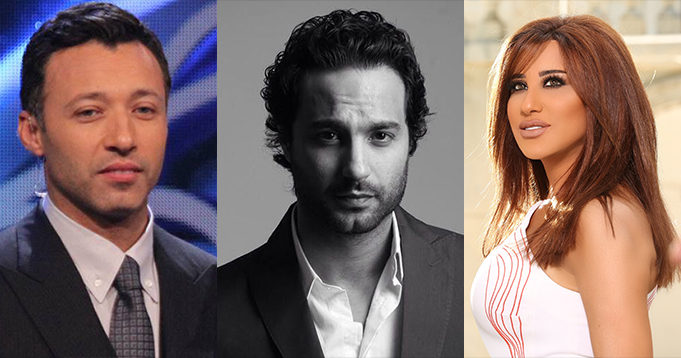 Sorely, sexism is still rooted in our culture, and the reinforced gender stereotypes trailing along are still so visible and are sadly being propagated by people who should know better.

From celebrities who make fun of women’s career choices and aspirations, to others who were proudly reeling off their misogynist side during their interviews and had apparently no real qualms about making them come off more realistic, sexism has been proven to still be around.

Here are the most alarmingly sexist statements professed by big names that caused a real buzz:

Over the past few days, Fahmy has been the talk of the town after coming up with derogatory statements about women.During his interview with the “Ana W Ana” (Me and Myself) TV show, Fahmy spoke about the need to set limits for women by their male partners, who must not “let them on the loose.”

To rub more salt in the wound, Fahmy’s spouse was featured in the same program talking about his jealousy. She said that he forces her to dress in a specific way and sets certain restrictions for her when it comes to dealing with other men, which, as she put it, causes her many problems in her professional life.

She also added that Fahmy banned her from singing at the beginning of their relationship. In response, Fahmy said that he cannot stand seeing his wife having fans. “I was allowed to go back to singing again, but on certain conditions,” she added.

Taking to Twitter, Fahmy trolled the angry users and harshly defended his personal life and choices.

During her 2016 interview on the Lebanese TV talk show “Shat Bahr el Hawa” (The Beach of the Sea of Love), infamous Lebanese singer Nagwa Karam spoke in favor of society’s gender roles of both women and men.

Karam said that she is worried that there would come a day when the father would stay late at night next to his child and prep the milk for him, adding that she is not into going too far in campaigning for women’s rights.

Actor Ahmed Rizk said that women cannot make good judges, as they lack emotional control, during his radio interview on “E7ky Ya Shahrayar” (Tell Me a Story), which aired on radio channel Nogoum F.M. in May 2017.

In June 2017, the well-known actor spoke of his hostility towards tomboy women. He also said that he loves to infantilize women and treat them like children during his radio interview on “E7ky Ya Shahrayar”.

Five years ago, actor Ezzat Abu Auf explained that when a married man has a relationship with another woman, he is just taking some time off. Especially if he got married at a young age.

He added that the man who cheats on his wife is fully cognizant of what he is doing. These statements were made during his interview on “Samar Wal Regal” (Samar and Men).

All five of them are supposed to be representing our community. And whether we would like to believe it or not, they are somewhat of ‘role models’ to their fan base who are easily influenced by their actions and words. And that is definitely not what we hope to teach the future generations. We are not asking them to stand up for women’s rights, but if they have nothing positive to say then they should at least keep it to themselves.