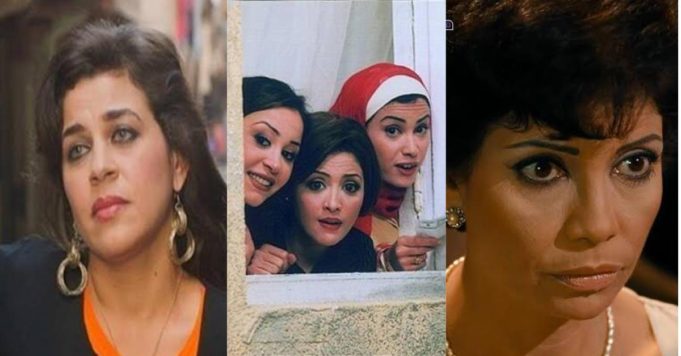 Depicting women in Egyptian cinema has always been problematic. But in the past 20 years, we can’t help but notice how films have been focusing on female empowerment roles. So, let’s recount some of those together. In no particular order!

This 2004 movie starring Hanan Turk, Hend Sabry and Menna Shalaby is one of the early movies to give the space for 3 women from different social backgrounds to lead and tell their story from their own perspective.

Mohamed Khan’s movie starring Yasmine Raes is yet another significant movie in the department of women empowerment. It gave a voice to the voiceless by highlighting the hardships working class women encounter daily!

In 2005, Menna Shalaby and Hend Sabry’s roles created a buzz for breaking some taboos. The movie depicted the lives of two lower-class girls who struggle due to their freedom and liberated choices.

Kamla Abu Zekry is known for her feminist approach in movies. So naturally, her 2016 movie was no different. As the title implies, it was all about ladies in a very under-served neighborhood.

This independent film by Ahmed Abdallah is another example of breaking taboos. In the movie, we get to witness what it’s like to be an Egyptian prostitute out on the streets of Cairo at night.

678 is an award-winning movie about the sexual harassment Egyptian women suffer from in public places and are too afraid to talk about. We believe this film helped raise awareness about the case.

Mona Zaki sure sparked a lot of controversy when she decided to address female issues on her talk show. Who can forget Sawsan Badr’s scene when she bashed that typical anti-feminism suitor?

We know, most of these films are bold and too out-there. But we feel that such controversy is quite healthy for our society. Especially when it’s about Egyptian women. Do you guys agree?