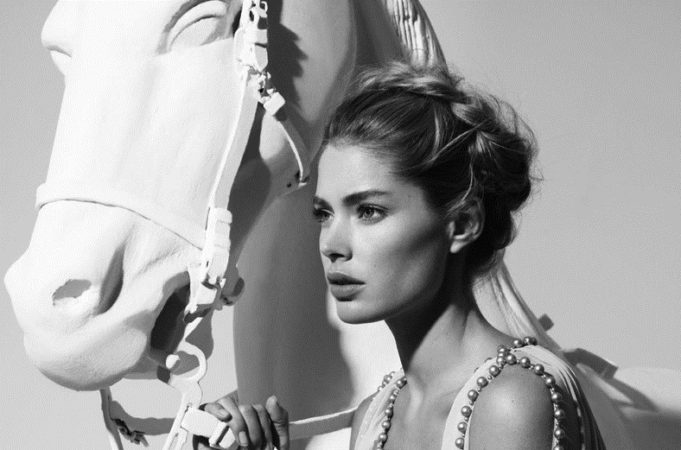 Love is a feeling that escapes being put into words, that is certainly true. However, throughout the ages there have been many myths about the origin of love, where it comes from and what it signifies. The reason behind these suppositions probably stems from the fact that love was an intangible feeling that was difficult to pinpoint and understand. These myths are interesting because they help shed light on this feeling, and in many ways show a different picture to the stories on the origin, formation and existence of love in the ancient world.

Plato’s symposium essentially dealt with all things to do with love and was basically a written discussion between philosophers on the subject of love. Many of the philosophers had insights on the origins and kinds of love that existed. For Plato, there were three types: Eros signifying desire, Philia signifying platonic love or friendship and finally Agape, the love of all humanity and God. These typologies are certainly ones we see in our modern day, but there’s more to the story than that.

During this discussion, another philosopher emerges with an idea about the origin of love in Greek mythology. Aristophanes suggests that in the early days, man and woman were attached to each other physically that they were a being with four arms and four legs and two heads. This being was seen to be the strongest on Earth and it was feared by Zeus the father of all the Greek gods that they would challenge him. To eliminate this threat, Zeus separated the two and the scar of that separation is said to remain to this day: the belly button. Because the humans were longing to return to one another again, they would seek out their other half a “soulmate”, not simply because they were looking for love but because they were seeking to rejoin their bodies to their original form. This myth gives insight into the nature of soulmates and the search for the one.

In Hinduism, there are three main gods. Brahma is the creator of the universe while Vishnu is the preserver of it. Shiva’s role is to destroy the universe in order to re-create it. In Hindu mythology, the god of love Kamadeva was born of the heart of Brahma the creator and was used to foil Shiva. It was at this point that Shiva burned Kamadeva to punish him and Kamadeva continued to exist but was intangible. With this myth, we see reference to the intangibility of love and why love feels as though it exists, but we can’t really see it.

This story is the tale of MengJiangmu and Fan Xiliang and the enduring power of love. The tale says that an old man named Meng was harvesting a large gourd from his gourd tree, and when he opened the gourd, he found a young girl inside. Meng decided to name the girl MengJiangnu. MengJiangnu grew to be a beautiful girl and took care of old man Meng and tended to his garden. But one day as she was taking care of the garden, she heard a rustle between the bushes. She told her father who inspected the bush and discovered a young man named Fan Xiliang, who said that he was evading being taken to build the Great Wall of China. MengJiangnu instantly fell in love with the young man and was wedded to him. But only three days after their marriage, officials broke into their home and took Fan Xiliang to participate in the building of the wall.

The separation was very hard on MengJiangnu, but what truly agonized her was when she eventually found out that Fan Xiliang had died of exhaustion while building the wall. On that day, she had set out for the wall with warm clothes for him to wear while he worked. The trip was long and arduous, but she finally reached the pass. But by then it was too late, the bad news was delivered to her as soon as she arrived. As a result of this awful discovery, she sorely wept for three days at the wall. Strangely, a section of the wall collapsed due to her weeping. The Emperor was surveying the wall at this point and was severely enraged and ready to punish MengJiangnu. But before anyone could get their hands on her, she plunged herself into the nearby Bohai sea. The story is a tragic one, but it stands as a testament for enduring love. Interestingly enough, MengJiangnu’s story has been passed down from generation to generation. In memory of MengJiangnu, later generations built a temple, called the Jiangnu Temple, at the foot of the Great Wall in which a statue of MengJiangnu is located.

Reflecting on these different stories allows us to truly appreciate the power of love and its ability to transform itself, not only into different kinds but different tales as well, cross culturally and across different timelines. It’s interesting to say the way that love has found the power to endure and to meld into cultures, religions and histories.