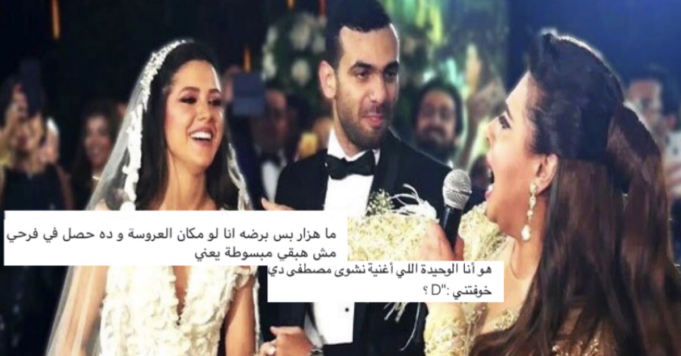 A couple of days ago, Egyptian actress Nashwa Mostafa held her son’s wedding. Which is completely fine, of course. Congrats to the couple! However, the actress added a touch that people are really split on.

Mostafa prepared a special ‘surprise‘ – if you would call it that – to her groom son Abdelrahman and his bride Menna. She performed a song! And again, that would’ve been fun, thoughtful and so nice; only if it wasn’t full of threats completely directed at the bride. 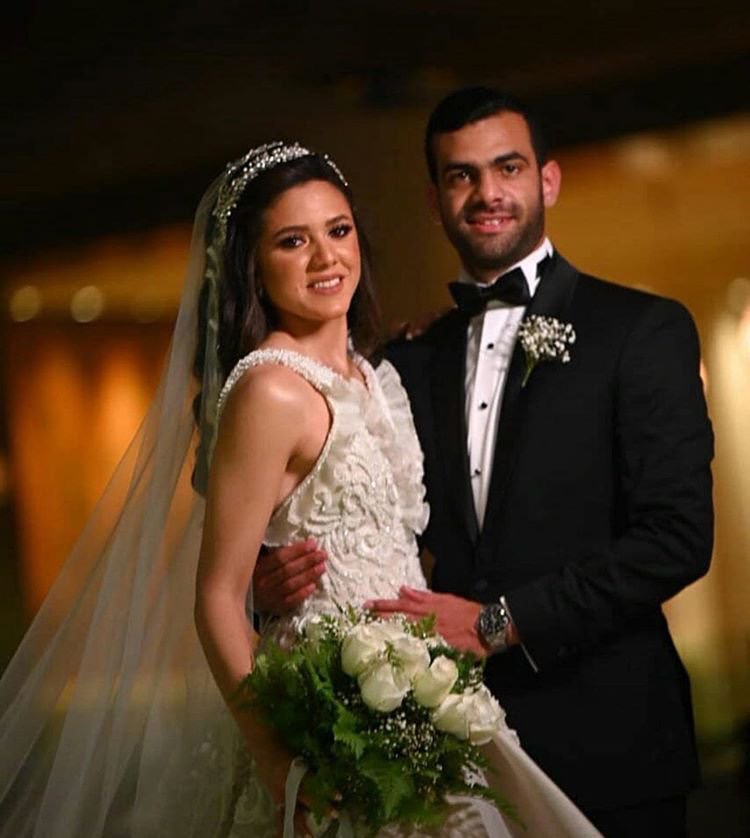 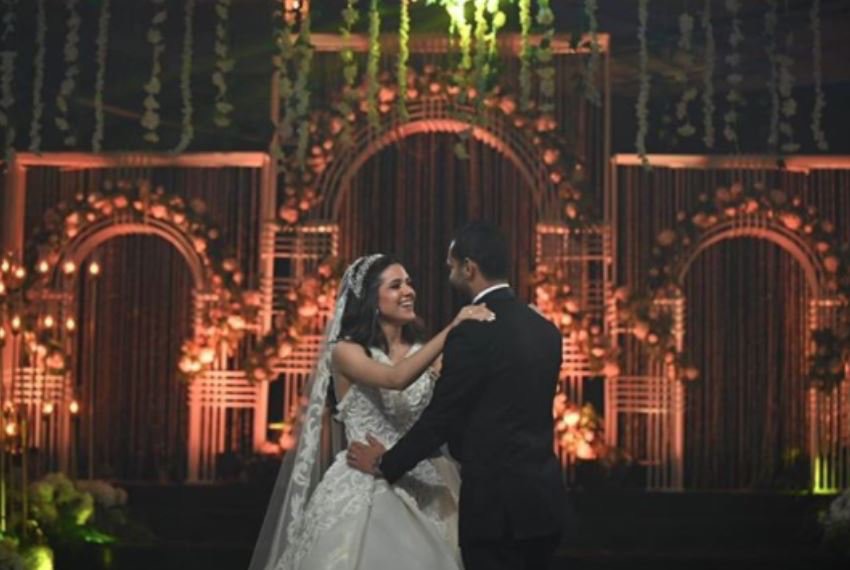 The song contained instructions from a mother in law to her son’s wife. Things like: Avoid his anger, leave the house if there’s a Zamalek game, take care of him or else you’ll have to face me..etc.

She even compared the pair to “Si El-Sayed and Amina“. A bit odd, isn’t it?

She also reminded the couple that if anything goes wrong, he could always get married again. Or like, three more times.

And, well, let’s be honest here: For one, Mostafa kind of stole the bride’s thunder; which is really not cool. Second, she made the wedding all about her and the groom; not the bride.

While we still don’t know how to feel about it because we’re pretty sure the actress was trying to be funny and make a light-hearted performance. Other people thanked God they’re not in the bride’s shoes!

On the other hand, some others actually took it as a fun thing and want their future mothers in law to do the same.

We understand that Mostafa was trying to be the ‘cool’ mother in law and add something fun to the wedding, since she’s originally a comedian.

But we can’t help but agree with those who think that it was kind of embarrassing for the bride. What about you? Would you be okay with your mother in law doing something similar at your wedding?