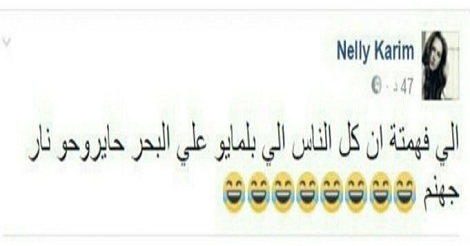 After getting attacked for posting a picture of herself in a bikini by the beach, Nelly Karim switched her Facebook profile settings to ‘private’, preventing anyone from accessing it. 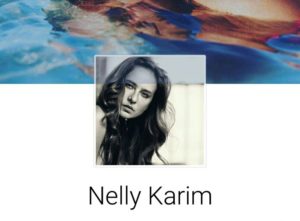 On the other hand, Nelly Karim kept her picture on Instagram totally ignoring all the negative comments she got.

Some of her fans are defending her, while others are just expressing how beautiful she looks. 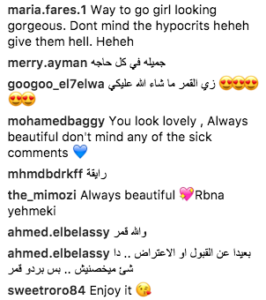 Nelly’s comeback at her bullies though is worth mentioning:

Those negative comments only show how judgemental we are, and reflect the mindsets of the double standard community we live in. Nelly posted a picture of herself on her own profile, like anyone would. She didn’t cause any harm, but was faced with swear words and negative comments that are just too much for anyone to endure. We found people’s noses in Nelly’s business!

P.S: We didn’t include her picture for the sake of respecting her privacy as she removed it from Facebook; she clearly doesn’t want it going around.