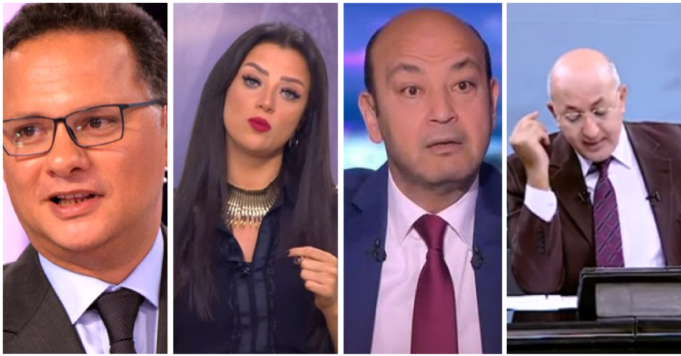 During times like these, looking for positive acts to highlight is very important – and actually, much needed in order to flicker a spark of hope in pessimistic hearts.

Over the past couple of days, all social media platforms were literally on fire due to the anti-sexual harassment movement initiated by many brave, extraordinary and fierce girls and women.

We all stood in solidarity in order to help sexual harassment and rape survivors’ voices get heard – after being silent for way too long. We also couldn’t help but notice how, amid all the chaos, the Egyptian media’s tone and perspective are being altered in a very positive way.

Sexual harassment is not at all new to the Egyptian society. The amount of women and girls under 18 years of age who have been sexually assaulted in one way or another is surreal. And this has been going on for decades.

However, not once did we, the female victims, have the Egyptian media sympathize with us or be on our side like they are this time around. The Ahmed Bassam Zaki case has sparked major controversies, and pushed a long overdue button.

The button that screams “No means no”.

“No means no” goes back to consent; which is something we’ve always been fighting for. But, unfortunately, a lot were and some still are too dumb to wrap their heads around it, and can’t help but associate it with the “feminism” concept they keep bashing for the sake of it.

That being said, those exact words are the ones we heard Amr Adib state last Friday on his show, loud and clear.

It’s true that believing and supporting sexual harassment victims and survivors and calling out rapists and harassers is only common sense. It should be the norm; and no one should be applauded for doing the bare minimum, which is exactly this.

However, let’s not kid ourselves. We know that we’ve always been living in a “male dominant society” – one where victims are blamed, one where rape survivors are forced to marry their rapists, one where questions like “What’s your evidence?”, “What were you wearing?” are asked and statements like “You were asking for it” and “Boys will be boys” are declared.

And more often than not, the fact that Egyptian media either failed in sympathizing enough or at all with victims and survivors, helped in muting the voices that needed to be heard.

Well, not this time.

It’s not only Amr Adib who has clearly stated that you cannot force sex or any sexual activity on any woman when she says no – even if she’s your wife.

But also, while reporting on the breaking news, other very renowned Egyptian talk show hosts such as Sherif Amer, Ramy Radwan, Sayed Ali, and of course, Radwa El-Sherbiny, have all voiced out their support and made it clear that sexual harassment and rape are NEVER a woman’s fault.

And we have to admit and agree that this is a HUGE step that will definitely strengthen the position of women who might find themselves in similar situations in the future.

It will push them to fearlessly speak out and put their harassers behind bars. Most importantly, it will spark fear in the hearts of every sexual harassment and rape offender and apologist.

Moral of the story: Change is necessary. And even though the bare minimum should never be applauded as previously mentioned, still, a step forward that hints at a better future should always be acknowledged. Because hope is all we need in times like these.

And we shall never forget that it’s our unity that led our voices to be so loud that no one could act deaf or ignorant any longer.