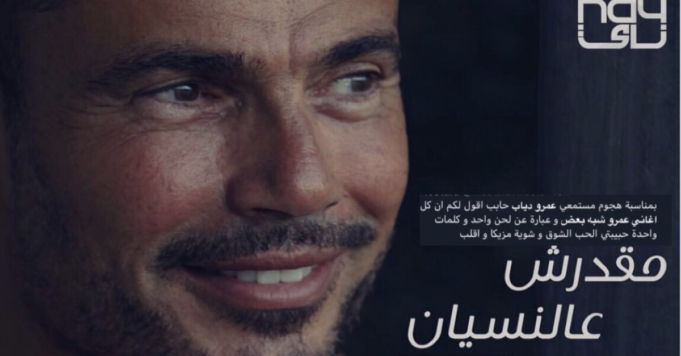 Egyptian superstar Amr Diab – who’s commonly referred to as El-Hadaba – just released a new hit single “Ma’darsh Al Nesyan“. And do we even need to mention that people are already obsessed? No? We thought so.

However after listening to this new tune, we realized something. Amr Diab may or may not have just started playing with different sounds and music!

We came up with this ‘glorious’ theory because “Ma’darsh Al Nesyan” is literally different than at least his most recent Latin Pop albums.

And let’s be real, we ALL love Amr Diab, and would never miss a song or an album. But probably most of us – including his hardcore fans – would still agree that the majority of his music is more or less the same.

From repeating the same lyrics in one song to singing the same words to different tunes, this has kind of become El-Hadaba’s music style. That’s in addition to the very similar beats and sound mixing.

In order to remind you and offer proof on this, here’s a mini walk down the memory lane of some of Amr Diab’s famous similar hits:

Other than the fact that over 80% of Amr Diab’s songs include the word ‘Habibi’, those specific two songs have almost the same tone and beats.

In his album “Meaddy El Nas” he has another song with the word “Habibi” in the title.

Many people agreed on this one and so did we. The opening of “Naghamet El Herman” makes you feel that you’re about to sing “Ah Min El Forak” instead.

Here the way he repeats the same two words or the title of the song over and over again, especially at the beginning, really shows in “Aho Leil we Adda” as well as “Banadeek Taala”.

Even the way of repetition in each individual song is the same!

With those two songs, you could almost combine and remix them in order to get one solid song, and you’ll easily succeed. They have the same beats and the exact same way of repeating the words with a twist in the middle.

Need we say more? the word “El Leila” and “El Lilady” are pretty much engraved in El-Hadaba’s dictionary. Whether he’s talking about a specific romantic night with his love, or Egypt qualifying for the World Cup.

Although the context of both songs is incredibly different, since one is obviously about love and the other is for the love of Cairo, the opening music is almost the EXACT same.

Again, the same kind of opening. Where he suddenly enters with the first verse and then the music immediately comes next.

8. Allah Ala Hobak vs Maak Bartah

Although both of these songs are amazing, the opening music is pretty similar. To the point that you’d be confused listening to one of them thinking it’s the other for the first few seconds.

This one doesn’t really need an explanation. We have spotted FOUR ‘Khalik’ in the titles. Let alone, the lyrics of the songs themselves, which of course tell the same story/idea.

But as all the songs we’re mentioning, that doesn’t, at all, mean they’re bad. Just repetitive, which kills creativity.

10. Taali Taali vs every other Taali/Taala in his songs 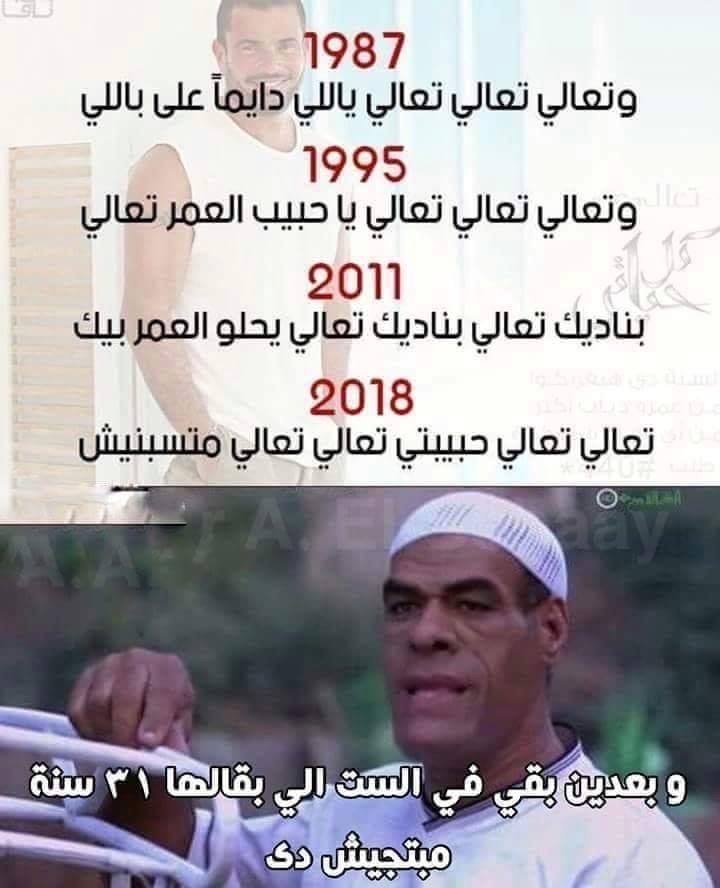 Again, like everyone, we do love Amr Diab and would willingly listen to every single album. But if we searched harder, we’d find more similar music and lyrics in the superstar’s hits than the ones we just highlighted.

After the last amazing hit, we think that he might be walking a different path and we’re definitely here for it!