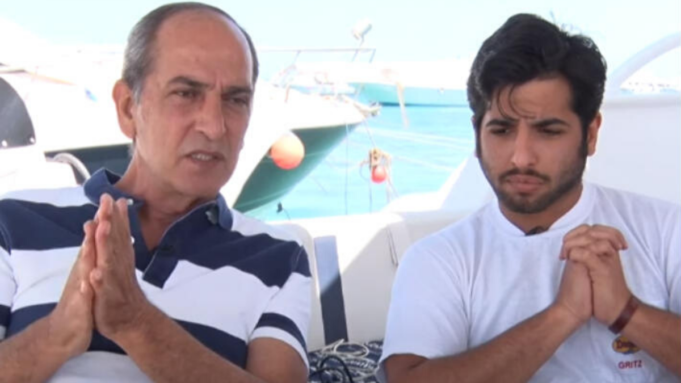 In an utmost brave, yet seemingly relaxed, manner Hesham Selim in an interview with Inas El-Deghedy recounts briefly the events that took place in his child’s life over the past 8 years.

Nour, who is now in his mid-twenties, has lived most of his life in the wrong body. Born as a girl, Nour spoke up about his confusion and torment at the age of 18 and began his journey in sex reassignment, an evidently long and excruciating journey. Most of the audience cheered on Hesham Selim for his bravery.

That is until Hesham Selim’s second interview that came through as a bummer for some people. When asked, hypothetically, if Nour were undergoing sex reassignment from male to female, he responded explaining societal preference for males and declaring that as a child of this society, he naturally adopts its position. Well, that didn’t land that well with feminists.

He then articulated his acceptance of gay people – confusing an overly sensitive matter (i.e: sex reassignment) with a highly controversial one to our society (that of homosexuality), complicating the issue further for his audience.

His final statement of acceptance and respect to every living human being is where no one can disagree with…or I sure would hope so.

What needs to be remembered here, is Nour not Hesham Selim. The young man who is going through an extraordinary journey way beyond his tender years. This young man spent a lifetime fighting himself, and the moment he summoned the courage to instigate change, his journey only just began.

The physical changes in the sex reassignment process, as hard as they are, are just part of a long one in which his life would be reshaping in every way. We are sophisticated social and emotional beings. We live in communities that label us without ever knowing us and gender is just one aspect of our very complex existence.

We all have journeys, some rockier than others. However, if we will ever take them and make a difference, we must be true to ourselves. I hope that Nour whose name ironically is unisex and means ‘light’, can go through his journey enlightening the lives of others. So, whether you like Hesham Selim’s statements or not, remember this situation is much bigger than him.

And before getting entangled into debates about law and religion to see how you should feel about Nour’s journey, remember you were born human with a pure heart and mind, not a member of institutions.