Remember the episode in Friends where Phoebe goes to work at Chandler’s firm, only to discover that everyone hates him because he’s the boss? Even better, remember the time Chandler had to accept a slap on the butt just so his boss would like him? Well, don’t worry. We’re not going to give you tips about how to suck up to your boss! Instead, we’ll tell you about all the signs that your boss doesn’t really like you, so stick around!

1. You have a really bad gut feeling about it

Unless you are normally a paranoid person, you shouldn’t keep your gut feeling at bay. If you feel that there’s something off with the way your boss treats you, then there is probably something going on there. 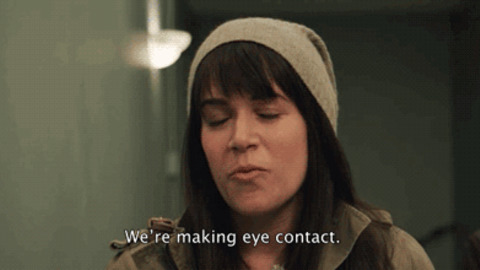 If your boss can’t even look you in the eyes, then this is probably a huge sign he or she doesn’t like you. Eye contact is one of the most important signs that your boss likes you or approves of your work. If they don’t look you in your eyes, that could be a sign that they’re angry with you and don’t want you to detect it in their eyes.

3. You constantly catch your colleagues and your boss whispering around you

Do you constantly feel that there is a lot of chitchat in the office that you are not involved in? Well, it doesn’t take two to acknowledge that as a major red flag that your boss doesn’t like you.

4. They never involve you in the decision making process

This could be a sign that your boss is not a big fan of your work, so they exclude you from making any important business decisions. 5. They scrutinize every little detail that you do

If you feel like you are being micromanaged by your boss, and if they’re constantly checking up on your work before it’s due, dictating unnecessary details that you feel they should’ve trusted you to figure it out yourself, then that could be a sign your job is at risk.

6. They leave you out of important meetings

Did your boss just hold a meeting with literally every staff member without really informing you? It could be a huge sign that he’s planning on getting rid of you soon, so he doesn’t feel the need to involve you in meetings regarding the future of the company. It’s not like he’s planning on making you a part of that future anyway.

7. They constantly disagree with you

Let’s just acknowledge that there is healthy disagreeing and there is “shutting down your every idea because I hate your guts” disagreeing. Learn the difference and work accordingly.

Finally, remember that whatever your boss’ feelings are towards you, they can be turned around. And if not, well, you’re never going to be everyone’s cup of tea. Just learn to deal with it and move on to another job!