Identity Magazine
Home Trending Oka and Ortega are Working on a TV Series About their Life...
Facebook
Twitter
Google+ 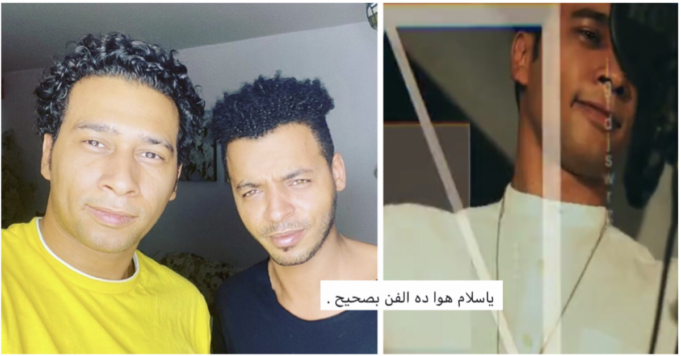 Earlier this week, Egyptian “Mahraganat” musicians, Oka and Ortega announced that they have a new work in the making. And that new work is surprisingly a TV series about their life story and basically how they made their name.

The 30 episode series should contain some behind the scenes shots from the day they started out and will supposedly be available next January under the name of “Day to day; Oka and Ortega“.

Okay, we’ll just get straight to the point. Here are the reasons we have several questions about Oka and Ortega’s new series:

First, even though the “Mahraganat” style of music is getting increasingly popular in Egypt, doesn’t mean that it’s of added value to any of us. And it also doesn’t mean it actually qualifies as ‘art‘.

So maybe that was one of the main reasons we were taken aback by this strange announcement. Because what could possibly be the message Oka and Ortega are trying to send?

If it’s about the whole “Work hard toward your dream,” thing, then fine. And we give them that. But, is it really a dream? Because all we know is that “Mahraganat” are mostly played in parties to get people dancing around, and basically have no further purpose.

Mainly because the lyrics are often either offensive, inappropriate or don’t make any sense. Which is why we can’t help but not consider “Mahraganat” a specific genre of art/music!

Honestly, maybe if their style of music was the same but minus the nonsense words and the inappropriate ones, a lot of people could have gotten into that type of music. However, that’s not the case!

And we know there are people out there who actually ‘appreciate‘ Mahraganat for their own reasons; but we’re pretty sure that they do while being fully aware that there’s no real purpose or added value behind them. Unlike other types of music.

Do you guys think “Mahraganat” are of any added value and should be considered art? And what do you think Oka and Ortega are trying to promote with their new series?