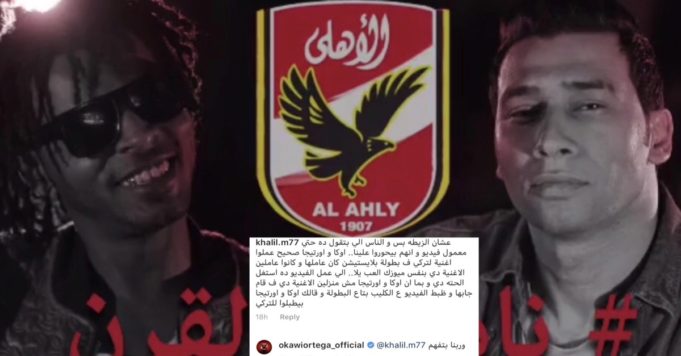 Following up on the very intriguing and strange Egyptian League drama; turns out that the Oka and Ortega video posted yesterday by Pyramids FC official Facebook account is fake, after all.

As already covered; former Al Ahly Al Masry and Al Ahly Al Saudi player Abdallah Al-Saeid made a sudden move to Pyramids FC, on Friday, January 4th. The day of the highly anticipated Pyramids FC game against Al Ahly Al Masry. It’s worth mentioning that the gamed ended 2-1 for PFC with Al-Saeid scoring the winning goal and assisting the first.

More than anything else, the way the transfer was announced seemed very shady. Why? Well, a video featuring Oka, Ortega and Abdallah Al-Saeid was posted by PFC. Where the famous Shaaby singers sang one of their very popular songs ‘Elaab Yala‘.

However, the lyrics of the song were clearly changed to fit PFC’s new signing Al-Saeid. Obviously, Al Ahly fans did not take this well from Al-Saeid nor Oka and Ortega. And the singers ended up being attacked on social media.

Long story short, it turns out that the whole video and song were fake. The singers confirmed on their Instagram account that this version of the song was originally remade a while back for Al Ahly. The team which the singers actually support.

What really happened was that PFC cut up the song as the rest of it was mentioning the names of more Al Ahly players, such as Ahmed Fathy. And only left the part with Al-Saeid’s name. Making the song seem like it was created exclusively for PFC’s Al-Saeid signing.

Well, that’s for the song. How did they explain the video, may you ask? The singers also highlighted a comment they received on their post, where someone stressed that the couple did shoot a video for PFC’s founder and funder Torky Al-Sheikh. However, the video they shot with the same song was made for a harmless PlayStation championship. 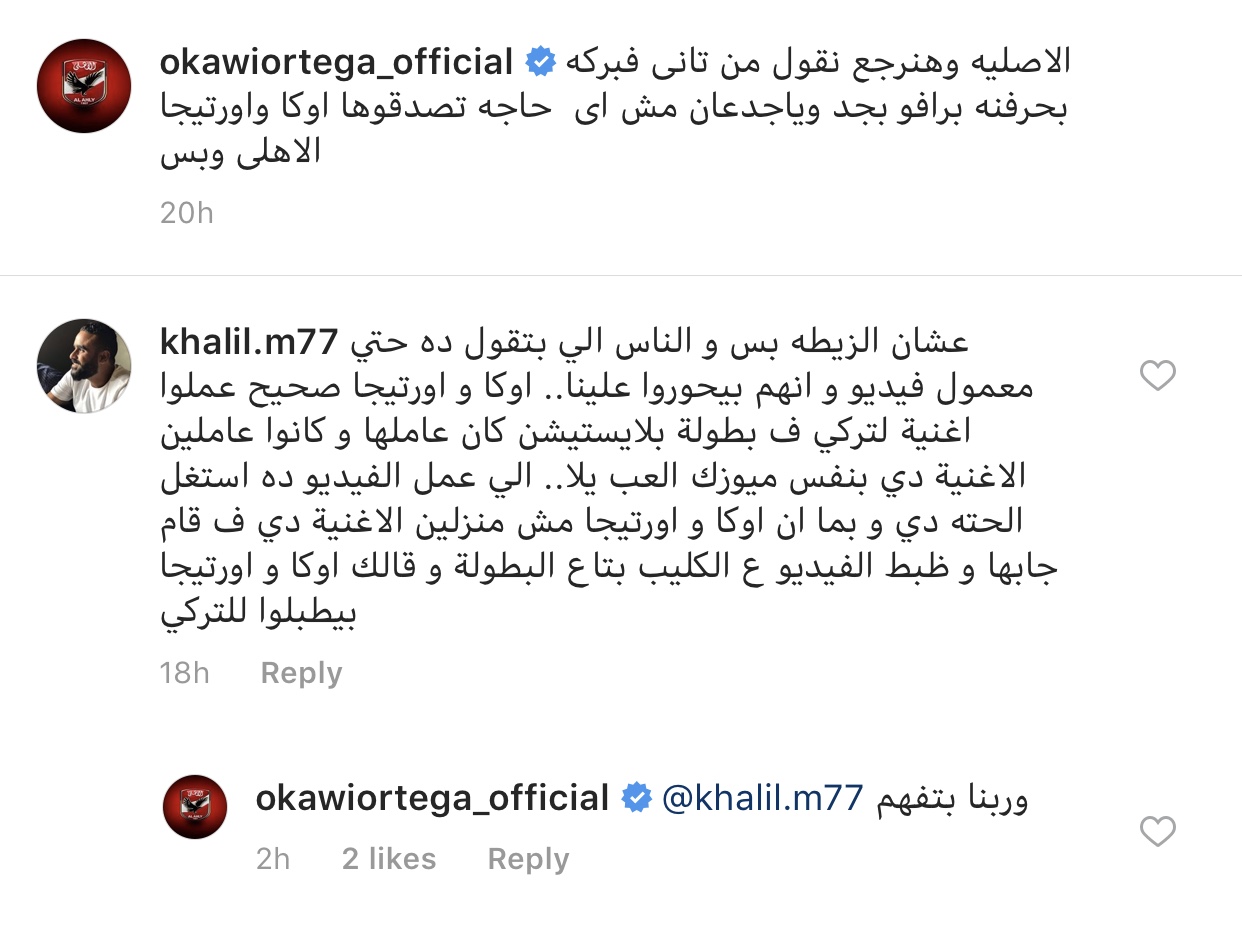 The PFC video editor took parts of the video shoot, inserted some snaps of Al-Saeid, cut up the song, and there you have it! It was perfectly fitting for the occasion. Even the singers were impressed by the editing skills that made them look like traitors to their beloved club. As everyone thought.

Oka and Ortega posted the original song remake they created for Al Ahly so everyone would believe them.

Have you seen the video? Great manipulative editing skills to be honest! What do you guys think about this strange football drama?