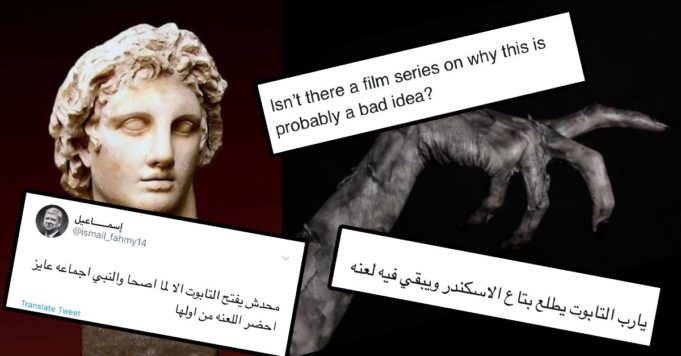 On July 1st, a mysterious black granite sarcophagus was found five feet down in Sidi Gaber, Alexandria. The whole world is speculating that it belongs to Alexander the Great, not just that, there are also beliefs that when the coffin is finally open, a curse will be unleashed!

People around the world had all kinds of intriguing reactions; from the ‘can’t wait for the world to end’ gang to the funny Egyptian reactions!

We brought you 5 different types of reactions to this soon to be unleashed curse:

With Egyptians, you never know what you’re gonna get. They have the most unpredictable reactions to everything; this is why they deserved to be in a category of their own. 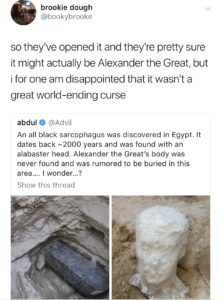 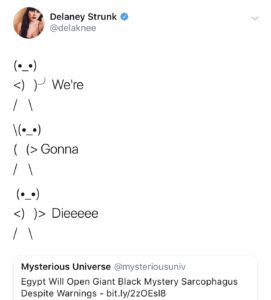 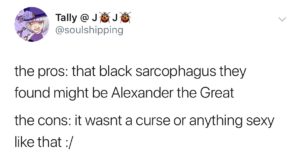 Some people seem like they’ve had enough and are more than ready to embrace the end of the world’s curse. They want some action! (But don’t we all? lol) 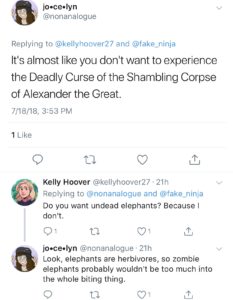 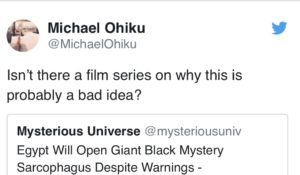 It may still be funny to them, but the worried tone in their tweets, says it all! 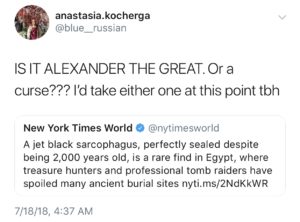 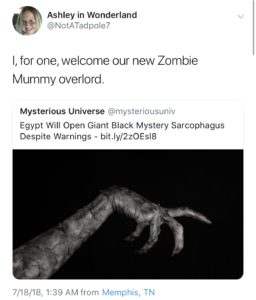 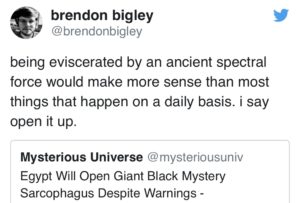 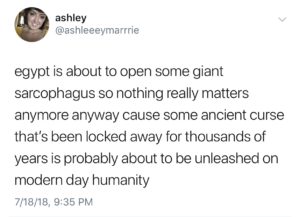 They don’t even care at this point, the world is already doomed for them. They’re going by the “Que sera sera, whatever will be will be, and we’re here to witness!” motto. 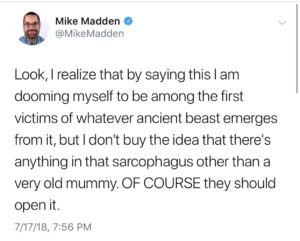 Well, this one speaks for all those who don’t believe in the Sci Fi curse talks and just want to know what it really is!

Well, the different reactions are definitely interesting! What do you think of this whole curse propaganda?