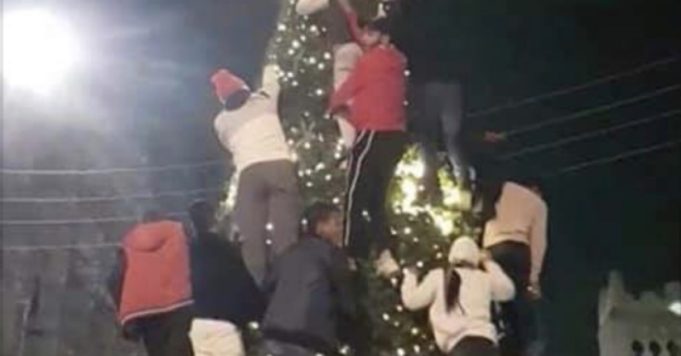 While many people in Egypt celebrated New Year’s Eve at home with family or out with friends, some have chosen to vandalize a Christmas tree in Heliopolis.

Yesterday, a video of a group of people climbing up a huge Christmas tree on New Year’s Eve in the heart of Korba, Heliopolis, went viral.

Shortly after, a rightful wave of anger emerged on the internet, as many people expressed their annoyance and sadness because such unfortunate events still occur in Egypt. 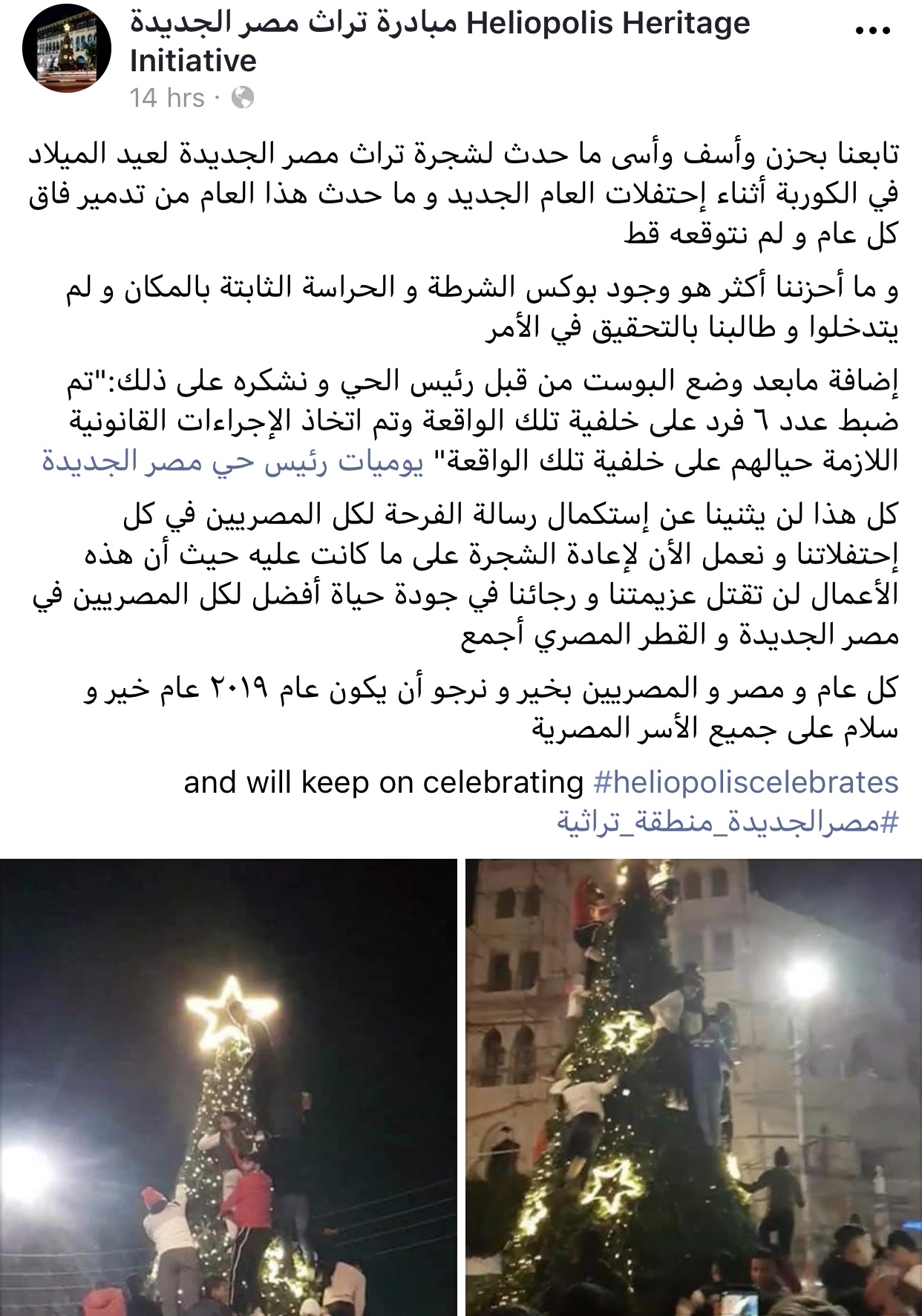 The Christmas tree was originally put up by the “Heliopolis Heritage Initiative” founded by Mr. Choucri Asmar.

The aim of this community organization is to revive and protect the quality of life in Heliopolis and most importantly, preserve its heritage. Which is something that is very much needed during these times! 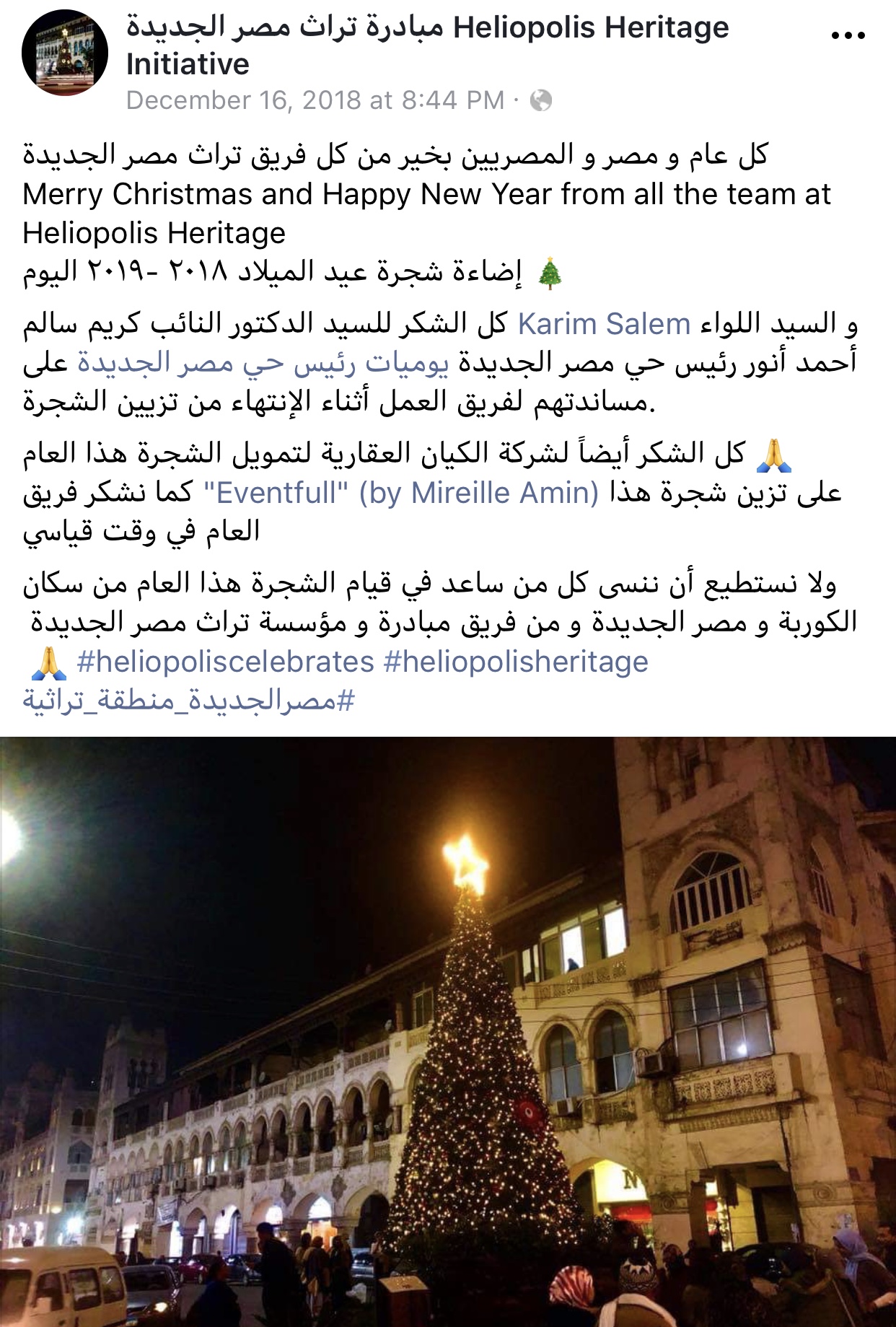 After the incident, the district’s president reported the arrest of six people who were involved in this incident. Legal action is also now underway. We have no further details on whether or not more people are involved.

Last night, January 2nd, Mr. Choucri Samra have reported that they redecorated the Christmas tree. The HHI community have chosen to stay positive despite what happened. And look how pretty it is! 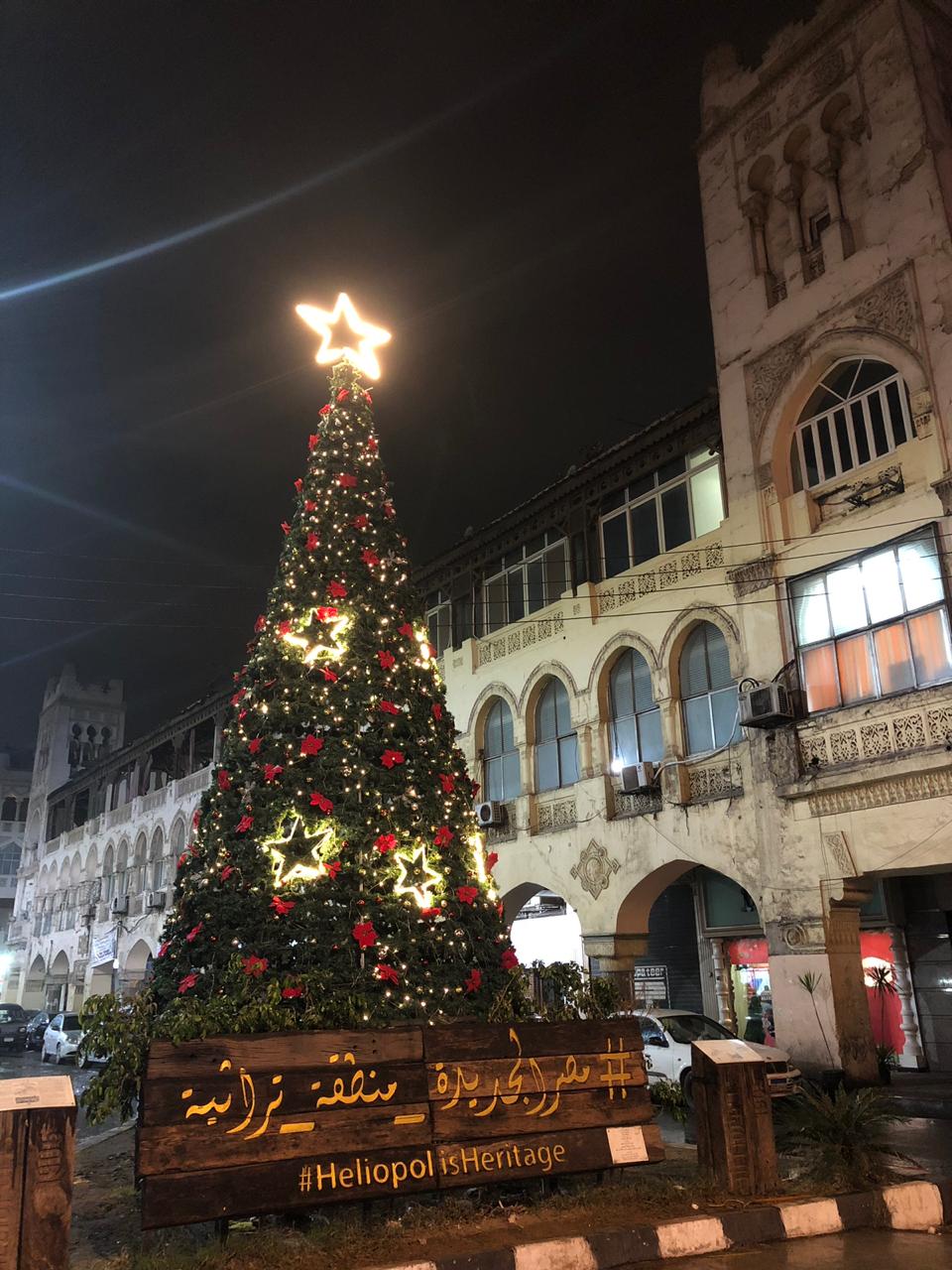 It’s honestly such a shame that sad occurrences still happen in Egypt. Especially when people are supposed to be celebrating, not vandalizing. Thankfully, legal action has been taken and we hope we never have to witness anything similar again!

What do you guys think about this? Share your thoughts!