Identity Magazine
Home Trending People of Madinaty are Planning to KILL the Dogs; What happened to...
Facebook
Twitter
Google+ 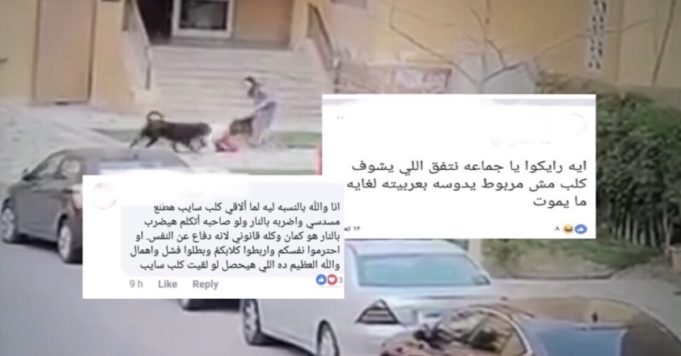 A couple of days ago, the story of Mohamed Ehab, the Madinaty boy who was attacked and bitten by two dogs on the street, went viral. And while this whole situation is extremely unfortunate and we hope it never ever happens again, everything that happened afterwards is just wrong on so many levels; from lawful decisions to confiscate the privately owned dogs to people’s absurd reactions on social media.

Well, to be honest, we’re actually still trying to find the words to describe what we’ve just seen online from reactions and ‘decisions’ of the Madinaty and Rehab residents.

Because just yesterday, a Facebook user and a Madinaty resident, posted a series of screenshots showing the shocking cruelty and heartlessness of people. 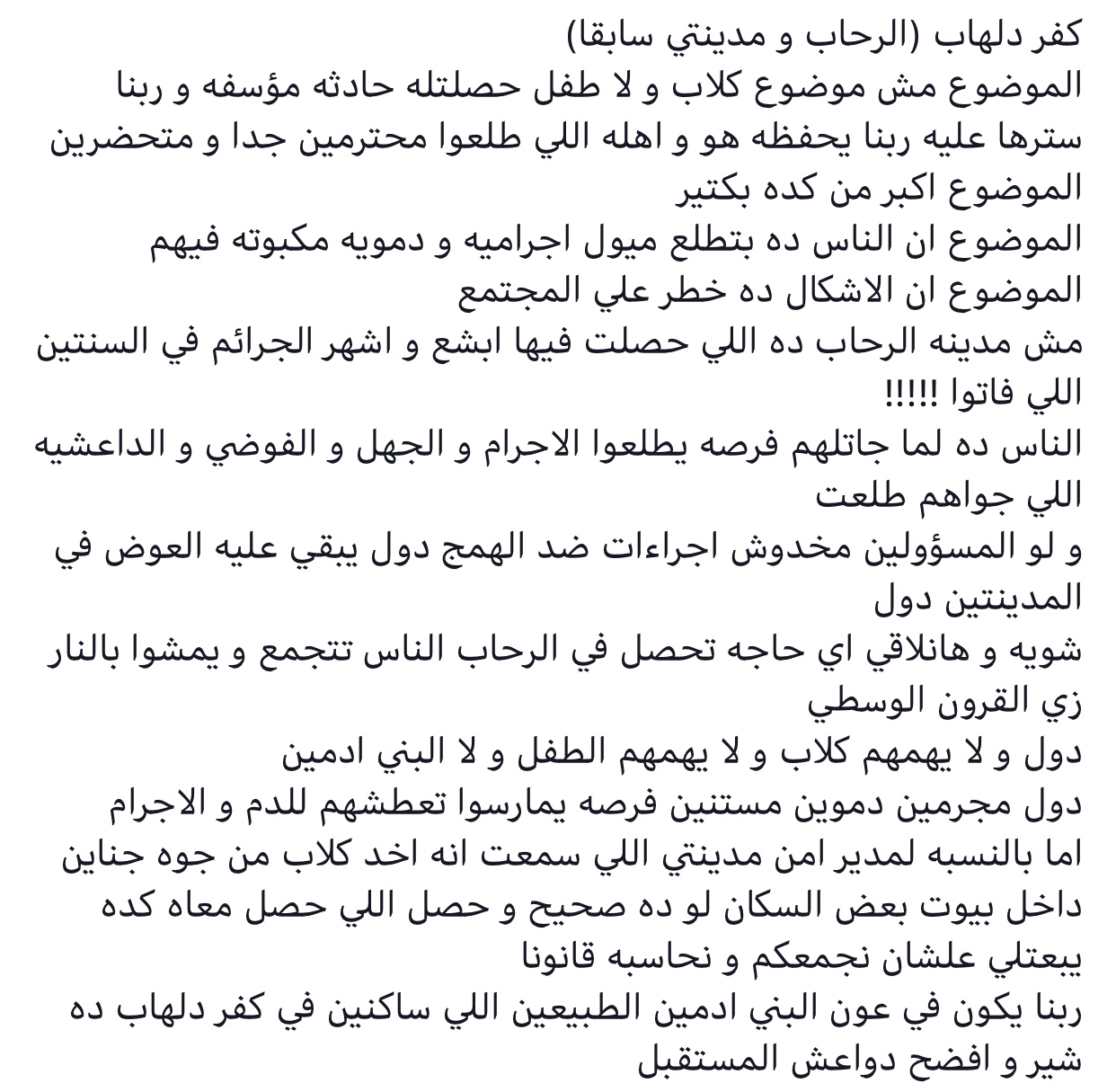 Under the umbrella of trying to find a wise ‘solution’ and a logical response to the unfortunate incident; A LOT were actually suggesting to kill the dogs.

What’s even more shocking and resentful is the fact that they suggested ALTERNATIVE WAYS to kill the dogs. From shooting them with guns to poisoning them, setting them on fire and even running them over with their cars! 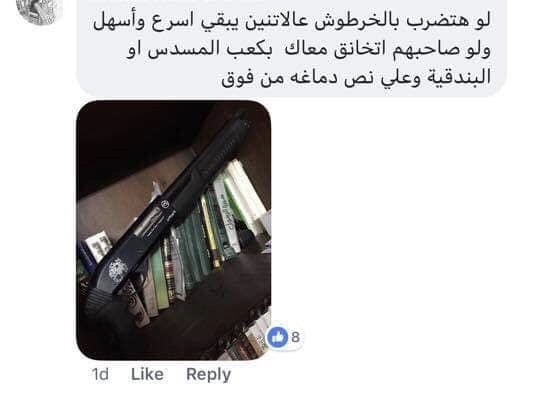 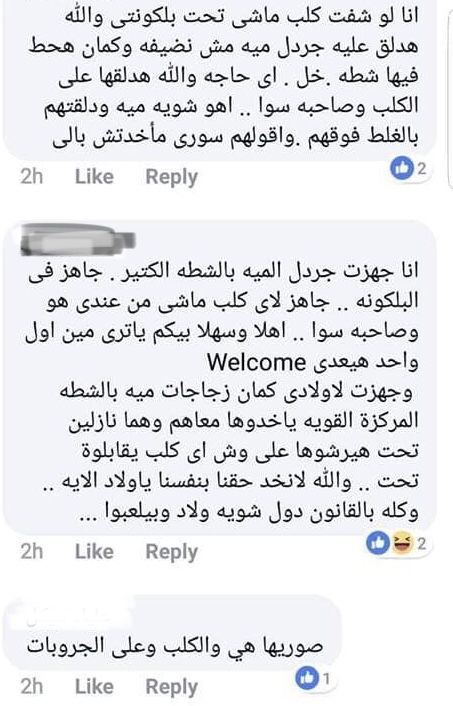 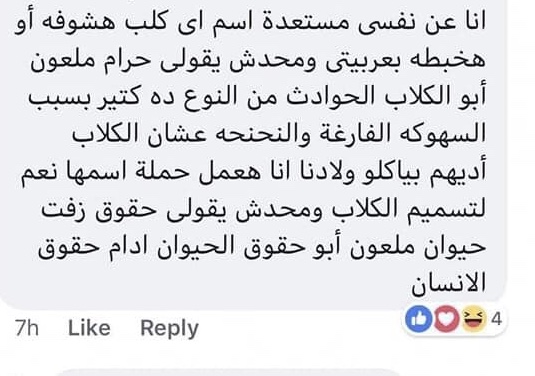 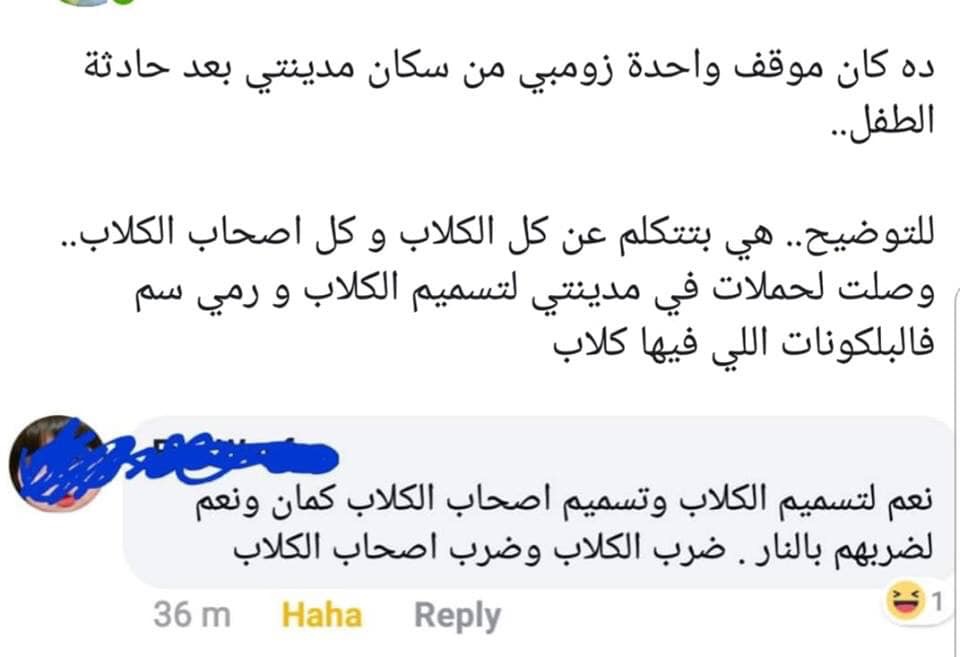 Some even had the guts and courtesy to recommend they do the same to the dogs’ owners. Not only that, they even said it would be considered ‘LEGAL’ because it’s self-defense! Who said that? Who would even allow that? And how are these people not arrested for God’s sake? Because if that would be considered self-defense, then calling the police on those plotting murders online, is too!

And for those who haven’t voiced their opinions or made even more cruel suggestions but are supporting the others; what the hell? Where are your brains? And those who jokingly react on those kinds of comments or like them…WHAT EVEN? 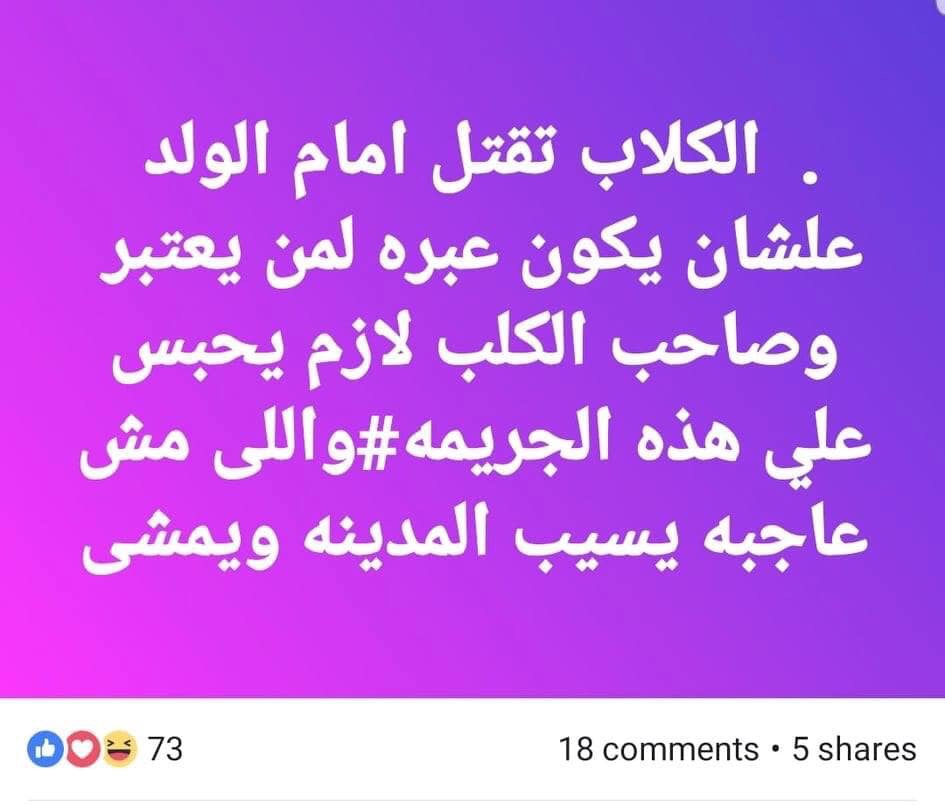 REALLY? What good will SHOOTING A DOG in front of A KID do other than cause more trauma?

An incident like this only proved what humans are really turning into. Have you all forgotten that these animals are ALSO God’s creations? Have you heard of the phrase ‘Animal Welfare’? Are you aware that they too have rights, just like you as a human? The only difference though is that you have the privilege of having people stand behind you and even protect you even if you’re wrong (which happens on a daily basis, by the way), but they DON’T!

Many things could have been done in the face of the unfortunate incident. Mohamed Ehab and his family were victims too; we even actually cared to contact a dog trainer and write about the incident from a decent and LOGICAL perspective.

One of those things is to LEARN how to deal with similar situations, maybe even if you want to punish someone, punish the owner who may have not given her dogs the proper training for example. But actually blaming the animals and planning to kill them…Honestly, no more words could be said.

You tell us; how do you see all of this? Are the reactions fair? What will actually happen if these people do as they threaten in the comments?

For more about the dog attack incident: Identity-Mag