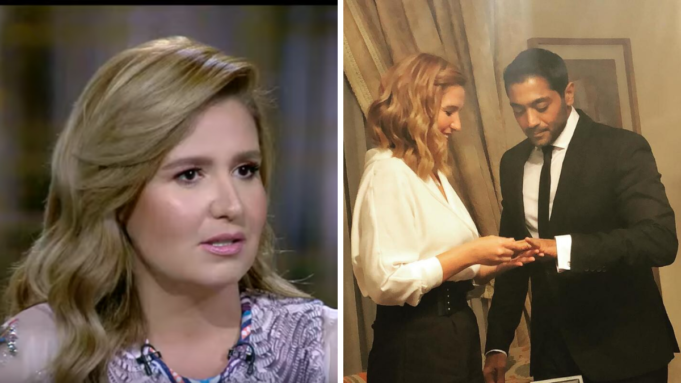 What was the biggest celeb breakup of this year? If you guessed Ahmed Falawkas and Hana Shiha’s divorce a few months after they got married, you’d be right.

Luckily, Hana Shiha decided to answer the mystery on her most recent interview with DMC’s Ramy Radwan, putting many questions to rest.

The actress said they divorced because they loved each other. Sounds weird, doesn’t it? Well, it really isn’t. According to Shiha, she and Falawkas were really good friends but weren’t exactly compatible as husband and wife.

Butting heads together and not knowing how to sync up their personalities may not seem like a big enough reason to divorce, but to Shiha it is.

“Some people stay together,” Shiha said. “Even though they don’t really mesh well together and the love between them dies. Sometimes, children are involved and that makes the stakes even higher.”

Others might not agree with Hana’s practical philosophy because they would rather fight for love, but no one can condemn the actress’s views because she has hit the hammer on the head here.

Before you tell us that we have no business commenting on personal decisions, we’re commenting on this specific decision because it’ll do wonders if more people thought of it often.

See, we’ve all seen relationships deteriorate and lose all fondness because of fighting and disagreements, so it’d be very refreshing if more people took the approach of following their practical instincts instead of their hearts.

Following these instincts will give a fresh, objective outlook into issues fueled by emotion and then, you’ll know which way you have to go even if it might not be the way you want to choose.

We know some might see this as a cop-out, but when it comes to unsolvable disagreements that turn relationships sour, this practicality can help people heal.

Food for thought, don’t you think?