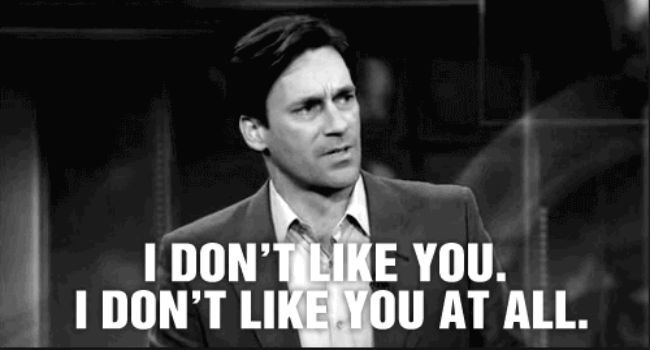 Straightforward people are usually honest and confident. They enjoy inner peace and serenity because they always manage to speak their minds, like we Egyptians say “El sara7a ra7a.” However, their straightforwardness can sometimes be a curse because they just wish they’d filtered what they’ve already shouted it out. Being straightforward saves a lot of time and effort, and often makes things easier. However, if someone isn’t familiar with their bluntness, they’ll probably end up thinking they’re HUGE JERKS!!

Contrary to what most people think of them, straightforward people are not as tough as they seem to be and sometimes regret saying what they thought out loud. Their bluntness mostly means they’re being sincere; many people envy them because they’re bold enough to say what they feel/think. On the other hand, trust me, it’s not so easy on them all the time.

1-They don’t understand it when someone tries sending them indirect messages:

Don’t try to be sneaky with them because chances are they won’t get it in the first place. It’s not because they’re not smart enough; they just don’t do or get indirect messages, and don’t expect anyone to communicate indirectly.

2-People get mad at them because they literally say what they feel:

This might include voicing their honest opinion about the new blouse you wore on your date. They think they owe it to you to tell you what they truly think. If the person you’re dating is a jerk, they’ll probably be the first ones breaking the news to you.

3-And sometimes they’re too critical:

4-When they’re interested in someone, they’re too obvious about it:

Not because they’re naïve, they think it’s much better like that, even if it scares some people away. They can flirt and they do, however, when it comes to games they think it’s not worth it and they expect you to do the same. If you don’t, they’ll move on sooner or later . 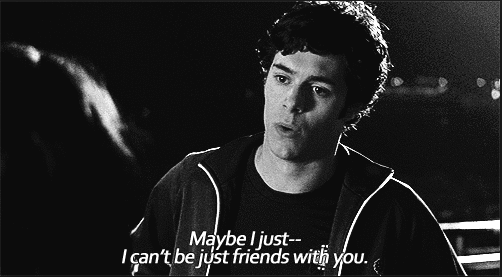 5-Similarly, if they don’t like you, they’ll let you know it too!!

If they don’t like the presence of someone, they make no effort to hide it. They’re not impolite but they think it would be hypocritical to act otherwise.

6-Sometimes their friends keep secrets from them:

Because they know they’ll tell them if they’re screwing up and actually give them hard time about it. They’re not the type of person to keep quiet when they think their friend is making a mistake.

7-They don’t get it when you’re mad at them and trying to be subtle about it:

When they’re mad at anyone they just let them know and talk it through. So, no they don’t get it when you stop talking to them or have an attitude. They think if you’re mad, you should just tell them.

8-They think that transparency can be solve all kinds of problems:

That’s when they mostly get disappointed because usually people prefer being a bit indirect and sometimes they don’t get that you’re really honest. They think that you too are being indirect and that’s when things get more complicated.

At the end of the day, you’ll always need one of them in your life when you seek sincere honest advice or when you’re making a huge mistake and need someone to give you heads up. You’re lucky if you have a straightforward person in your life.