Identity Magazine
Home Trending Professor Banned For Posting a Dancing Video of Herself on her FB...
Facebook
Twitter
Google+ 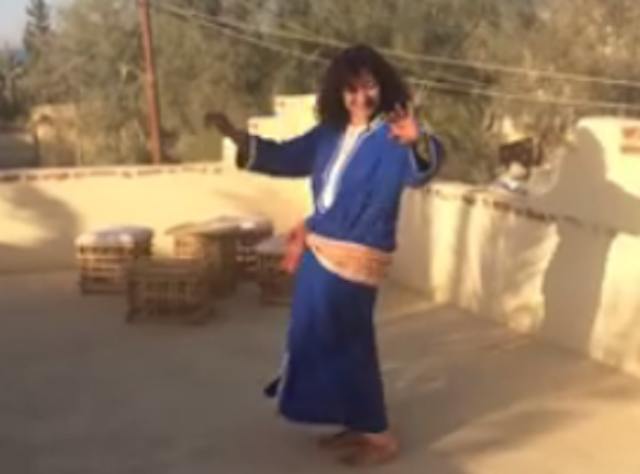 Mona Prince, an English literature professor at the University of Suez Canal, was put on probation and is being subjected to investigation for posting a dancing video of herself on her Facebook account.

The University of Suez Canal has witnessed a state of anger and disturbance between the university council, faculty and student members who claim that Mona’s action were abnormal for a university professor, especially where she posted a few photos of herself in a swimming suit along with a video of herself dancing to the song “Leh Beydary Keda”. 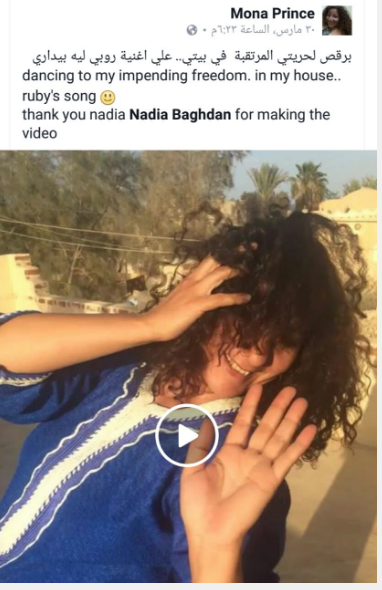 Mona Prince replied to these rumours and accusations by saying “I posted a video of myself dancing, and I’m very content with what I’ve done since it only has to do with my personal freedom.”

In the post below, Mona also addressed the ongoing feud that has been going on between her and the university for a few years where the faculty deliberately invaded her personal freedom and her methods of teaching. 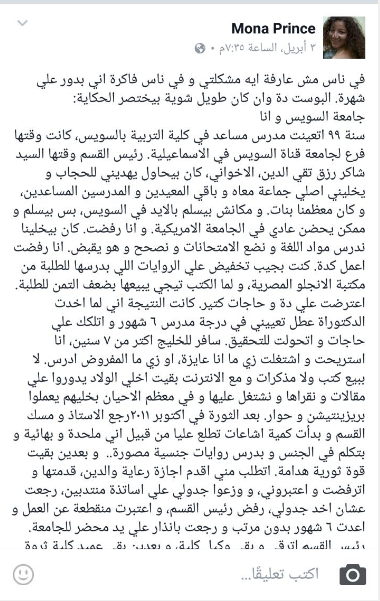 All this led us to ask ourselves whether universities and faculty members have the right to condone the personal actions of professors on their personal channels and social media accounts.