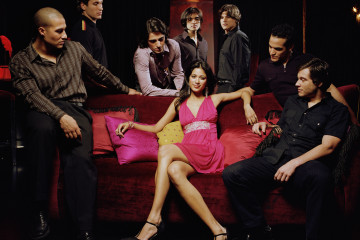 Unless you are relatively young, it is highly unlikely that you will date someone with zero relationship history. The truth is everyone’s got a past and if you decide to date someone, their past is going to be something you have to deal and be okay with. But what if the number of exes under your current partner’s belt is just a little too much for you to handle? We give you a complete list of pros and cons of dating someone with a string of exes!

1- They know how to avoid petty fights/disagreements (pro)

Their series of relationships made them develop more emotional intelligence and good communication skills, which means that they know how to fight fairly. They can easily overlook little details that don’t add or subtract anything substantial from the relationship because they’ve been through all the petty fights before and know that they would rather not let the past repeat itself.

Even if they relentlessly assure you that they don’t. You will always wonder if they think you’re the most understanding partner they’ve been with or the funniest or the smartest and the list goes on and on. And if the relationship is sexual, your doubts will double. But the most important thing to remember is that there’s a reason it never worked out with any of their exes and that they’re with you now. So focus on that and be the best they ever had.

But better yet, they know what they don’t want. They have seen it all so they have a pretty good overview of what they’re looking for in a partner and what they’re trying to avoid. This is good news for you because despite the fact that they’ve probably seen all shades of relationships and partners, they chose to be with you which means that they truly think you’re different.

4- They will be harder to impress (con)

They have a string of exes so it’s obvious they’ve been wooed a lot in their lifetime. It won’t be easy for you to impress them simply because they aren’t fascinated and amused by merely anything. You’re gonna have to work hard to catch their attention and to keep them interested. With that being said, the fact that they chose to be with you means they’re already impressed. So, just keep being yourself.

5- They are ready to settle down (pro)

They have had a long and eventful past so you don’t need to worry that their appetite for adventure and experience is insatiable. They’ve probably gotten it all out of their system and are ready to start planting roots.

A series of exes translates to a series of breakups. And bad breakups leave people angry, bitter and with a skewed outlook on relationships altogether. They are likely to be tired and beat up from all the relentless fighting and their feelings will be entirely justified, but that will take its toll on you in return. It will take you a lot of effort to break down their barriers and make them feel safe and loved.

7- They don’t have high expectations (pro)

Their pessimism will work wonders in your favor. They’ve already been in dozens of relationships that didn’t work out so time has taught them to keep their expectations on the down-low. They won’t be expecting much from you, which in return gives you room to keep surprising them at every corner.

You might think that because they’ve already been in a string of relationships, opening up is a piece of cake for them, but more often than not, the opposite is true. The more they opened up their hearts and souls and got disappointed, the less encouraged they would be to tell their whole life story to someone new in fear that it won’t work out either.

Don’t expect them to be insecure, whiny and looking for attention 24/7. Their past has taught them that in order for a relationship to survive, both parties must prioritize other things like work, family and friends. Also, the more bad luck they’ve had, the more they’ve learned that they should find themselves out of a relationship because no one wants to feel like they have no self identity once a relationship ceases to exist.

And that’s a decision you’re going to have to live with. Of course, it would be your right to point out and share your feelings if you think they still have lingering feelings for their ex or vise versa, but other than that, you’re gonna have to learn how to adapt to the situation. You don’t want to be the jealous boyfriend/girlfriend who doesn’t know how to trust their partner.

11- They have learned from their past mistakes (pro)

And they will resolve to never repeat it. They will evade the negativity, they will try their best, they will compromise and most importantly, they will try to work out issues in a civilised manner. If their past has taught them one thing, it’s that they are wrong sometimes too and it’s okay to admit when they are.

If your relationships history is not as jammed as theirs, you are bound to feel inexperienced in comparison to them and thus insecure at times. But that doesn’t necessarily have to be a bad thing.

Every situation will be unique, but the most essential thing to remember is to be honest with yourself and your partner regarding what you want out of the relationship. It is vital not to make assumptions based on their past!