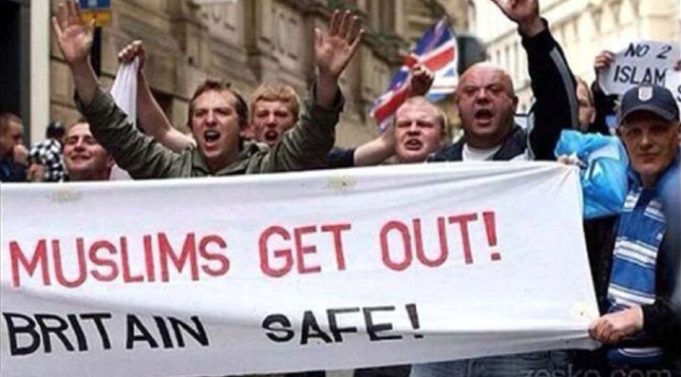 Two weeks ago, people across several communities in the UK received anonymous letters that declared April 3, 2018, as “Punish a Muslim” day. At least four Muslim members of Parliament were among the recipients, and their packages also included a noxious substance. 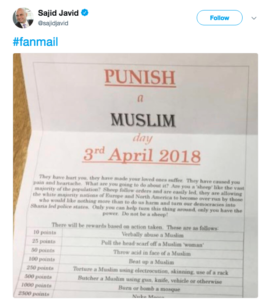 Reports of the letters first began to appear on March 9. The letters award arbitrary points to a series of hate crimes against Muslims, with higher points awarded to more violent acts. These range from verbally abusing a Muslim (10 points) to throwing acid on a Muslim’s face (50 points) to bombing a mosque (1000 points).

As the UK police investigate the letters, British Muslims have been asked to stay at home on the day. Reactions from the UK and around the world have mostly been of horror and disgust.

One Muslim has taken it to a different level. Shahab Ud’deen has suggested having a ‘Love a Muslim Day’ on April 3, which would celebrate Muslims by simply smiling at someone, buying them a coffee and cake or even sending a family on a once-in-a-lifetime trip to Mecca. 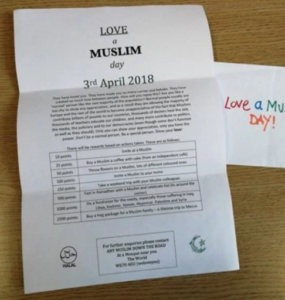 Detective Chief Superintendent Martin Snowden, head of Counter Terrorism Policing North East, said: “We take religious hatred extremely seriously and my officers will be carrying out a full and thorough investigation in response to these reports. These letters seek to cause fear among our Muslim communities. They also seek to divide us.”