Identity Magazine
Home Opinions What Qualifies as Harassment? To Have a Better Understanding, We Asked Around
Facebook
Twitter
Google+ 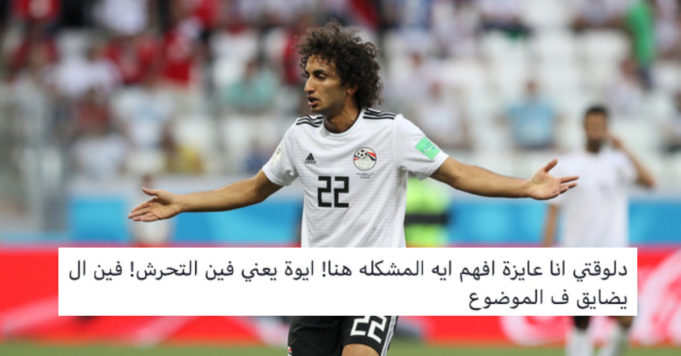 After what happened with Amr Warda, the debate over whether what he did should be considered harassment or not became more heated than ever.

Nothing new there, that’s always the case when it comes to any similar situations. On the run rings any bells?

Obviously, as you can plainly see from our previous article about the whole Amr Warda thing, we do think it’s harassment.

However, the decision is not really up to us.

So we asked ourselves, who is it up to? And the one thing no one could disagree on was that the person on the receiving end of the action is the one who gets to decide whether it’s harassment or not. I.e. the women in this equation.

And to determine the answer to the ultimate question that keeps popping into our lives way too often “What really is harassment?”, we have conducted a survey and asked a random sample of women what they consider as harassment. So that according to their answers, we can reach a clear and precise definition of harassment and put this relentless argument to rest once and for all.

So here’s what harassment is according to 4 different women:

“To me, harassment is not just a physical action. It could come in many forms. In the form of a look that strips me naked while I’m simply walking down the street, or a word that slaps me across the face and leaves a permanent scar in my mind. Just basically any experience that makes me feel violated.”

“To me, if anyone invaded my personal space in any way, they’re harassing me. Like on public transportation, when guys decide that it’s completely okay for them to get extra comfortable next to me as long as they didn’t “touch me”. What they don’t acknowledge is that in order for them not to touch me, I had to shrink myself and get extremely uncomfortable to prevent “that actual touching” from happening. But in actuality, this is still an extreme breach of my personal space and makes me feel invaded and violated. A different level from that which happens in physical harassment, but still harassment.”

“Any non-consensual act is considered harassment to me. In other words, no means NO! And if my No is ignored in any way, or in any situation -even if I am not in harm’s way-, I still feel forced and cornered, but more importantly, assaulted. Consent is key, so if my rejection is clear, any following continuum to the original initiated action is considered harassment. Even if that action is excessive texting or calling. If I said no, the only non-harassment action to do is to STOP!”

So… WHAT IS HARASSMENT?

From what we can gather from the results of this survey is that harassment can take form in a lot of different ways. To round them up, we can say harassment can be identified as the following:

However, the one thing that was consistent along the way was that harassment is rooted in the feelings of the person on the receiving end as a result of the action.

It is NOT a “judgment call”, a “matter of perspective”, or a “misunderstanding”. And most importantly, it is never to be undermined.

If you -whether a man or a woman- don’t perceive a certain action as harassment, that’s fine, for you!

However, neither you nor anybody else gets to judge or decide what it really is for sure. Therefore, you absolutely CANNOT belittle the victim’s feelings in any way, shape or form just because you don’t think “it’s that big of a deal”.

So unless you are one of the people involved in the situation, the only thing you are allowed to express -in order not to make matters worse- is COMPASSION. And THAT’S IT!!

So be compassionate, considerate and respectful to other people’s feelings.

Or it won’t be long before we are faced -yet again- with a similar “Amr Warda situation” asking ourselves the same unpleasant and quite frankly sad question; “What is harassment?”