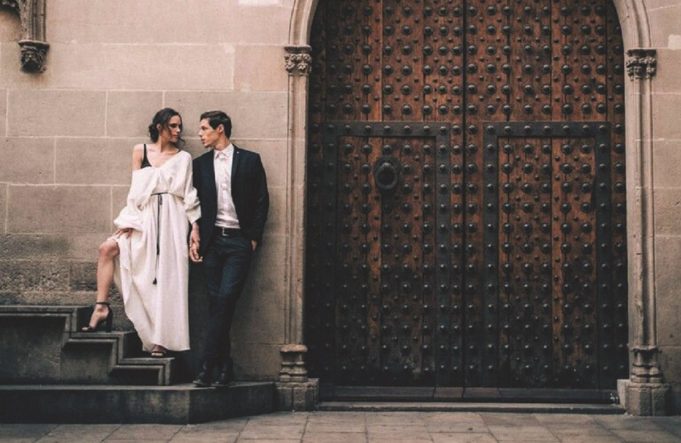 Raising kids is one of most the challenging yet most rewarding things that a human being can do. The incredibly big responsibility the crucial task of bringing up a person entails often represents a huge burden on the shoulders of the parents.

There is no denying it, raising a child is not something to be taken lightly. The smallest move can make or break your child’s entire future! And when it comes to raising a boy in a country like Egypt, the challenge of bringing him up to be a well-rounded mentally stable man could be extra difficult. This is why we are offering our help and presenting you with 6 short steps to guide you through this dire process.

It is time you broke that previously conceived idea that men should be waited on hand and foot. Sure everything you do that is considered spoiling, you do out of love. However, in the future, that will result in your son growing up to be a demanding man that always expects people to do everything for him. Therefore, he won’t be a helpful brother, co-operative husband or a very good father. It all starts with you; you have to teach him to carry his own weight in the world from a young age so he can grow up knowing how to handle responsibility.

Sure, you fear for your son because you love him. However, being overprotective of your son will result in one of two things. Either he will grow up to be an unconfident shaky momma’s boy who can’t handle anything on his own, or he will resort to lying to you and hiding things from you so he can do what he pleases, which could have extremely dangerous percussions. You have to learn to give him his space, so he can learn to make a mistake and recover from it, and eventually develop his own personality and grow up to be an independent strong man.

Teach Him That Being Vulnerable is a Sign of Strength

Unfortunately, one of the biggest misconceptions about men in our society is that a man has to be an emotionless robot and that any sign of vulnerability in a man is considered a sign of weakness. This, of course, places a huge pressure on your son to fit that unfair illogical mold that society made for him, so he grows up to be mentally unstable and incapable of communicating with his own feelings. It is your role to teach him, as a child, that it takes courage and strength to show his emotions and express his thoughts and feelings. This way he will eventually grow into a man who is in tune with his inner-self and more accepting of himself and, in turn, of others.

Teach Him the Importance of Ethics

All the glitz and glamour of pop culture has made our children think that in order to be one of the ‘cool kids’, you have to break every rule there is and give up on your code of ethics. At a young age, they can’t see the bigger picture or identify what’s truly important and what is not. So, it is your responsibility to plant the seeds of ethics and morals in him from an early stage, so when he grows up, he can recognize that being ethical is one of the main pillars of making a great man.

Teach Him the Importance of Respecting Women

Many males in our society always feel like they are superior to any female figure; whether this woman is their mom, sister, friend or even significant other. It is very important for you as a parent to teach your children that women are men’s equals, and that respecting women is an obligation, not a luxury. This can only happen if you lead by example. If he grew up in a house where women are respected and appreciated, he will carry that with him into the world and in his own house one day.

Try to Be His Friend

Whether we like to admit or not, children trust their friends more than their parents, probably because they find it easier to confine in them and talk freely without fear of punishment. So, to do a better job as a parent, you have to become their friend. If you earned your son’s trust as his friend, he will find it easier to open up to you fully believing that you will understand him and give him the best advice because you only want what’s best for him.

Of course, there are so many other things to take into consideration and that can be added to this list. The most important thing to remember though is that raising a child is already a challenging task, but raising a well-rounded man is a totally different and more difficult one. However, possible.