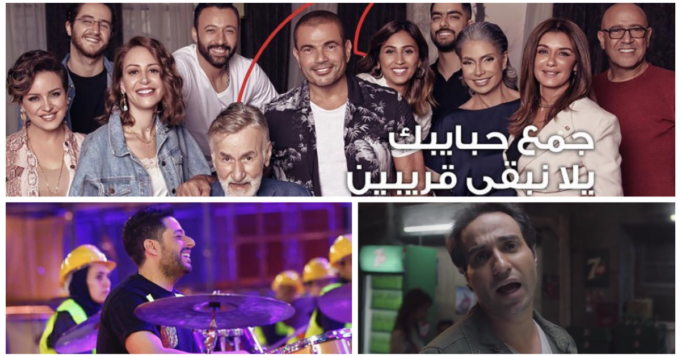 Now that Ramadan is fully and completely over, we need to talk about what the entertainment world offered us during the holy month. From the good to the horrible content, we’ve seen it all this season, as always.

Which is why we decided to take a look back on the last 30 days and highlight the best ad campaigns!

Well, this one has Amr Diab. What could be bad about it? And the song itself is really good that everyone has inserted it on their Iftar stories for like a thousand times, already.

And even though the concept of the ad itself – the whole “Gather your loved ones” thing – has been used like a billion times in Vodafone ads, this one was still pretty nice with everyone in it.

The one that turned social media upside down in a matter of days! This ad was pretty hilarious, and we haven’t seen something like it in years. And most of all, it was very creative.

Just like 2018, “Ibn Misr” song got stuck in our heads just like last year’s “Enta Te’dar”. And once again, the song itself was beautiful. That’s in addition to the motivating lyrics and the amazing performances of the trio Mahmoud El-Esseily, Mostafa Haggag and Medhat Saleh.

This one caught the attention big time. To say it was beautiful is an understatement. Last year, 500500 hospital made an ad that was like a memoir for the late legend Ahmed Zaki, and it was amazing.

However, this time it was different. But beautifully different. Hamaki’s song is incredible; the lyrics and the music are quite uplifting. The celebrities who made special appearances were also a beautiful surprise indeed; from Laila Elwi, Amina Khalil and Hala Shiha, to Hazem Emam, Yosra, Asser Yassin and more!

This one was quite hilarious!

The way Ahmed Fahmy imitated Abdel Basset Hamouda, Mostafa Amar and Zap Tharwat caught everyone by surprise, in a good way! And the song itself was really funny. That’s of course in addition to how creative the whole ad is.

This year’s Pepsi ad was so much more different than how they usually do it. Social media was divided on this one, big time. However, we have to mention how funny the idea of portraying Ramadan in a 90s series intro was!

Those were our picks for this year’s best Ramadan ad campaigns; your turn to tell us which ones were yours!