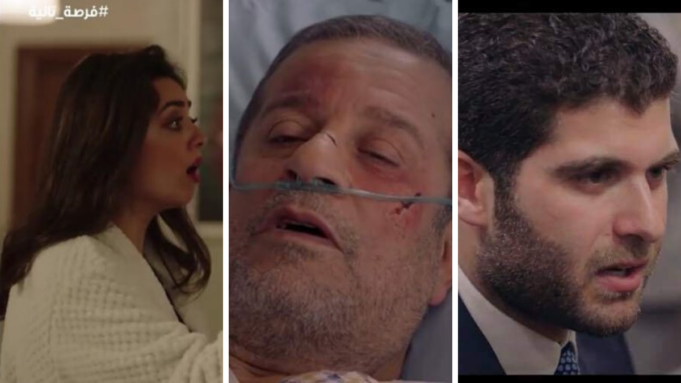 If you’ve read the title of this article, then you know what’s about to happen. We’re very sorry to tell you this, but, sadly, creativity has died in Egyptian drama. It may have been in critical condition before but now it’s finally dead and buried so at least it’s out of its misery!

Don’t believe it? Take a look at any Ramadan 2020 drama. If it’s not stale beyond belief, then it’s problematic as hell. And not only that but it seems like dramas are now shamelessly copying each other right under our noses.

So, without further ado, let’s count down the 6 most copied common trends this Ramadan.

Remember a couple of Ramadans ago when the hot new trend was for every female lead to be a lawyer, whether it made sense to the plot or not?

Well yeah, the same kinda happened this year except the hot new trend is amnesia because if you’re going to over-use something then why not just overuse a soap opera element anyway? And yes, it’s just as badly researched as it is abroad.

Infertility as a plot point

Something that has been so overdone since the 70’s to the point that it doesn’t even shock us anymore is the infertility plot point. At this point, honestly, who cares?

TV bad guys do, though. It’s sort of their Villain Origin Story because nothing is more horrible than not being able to have children. It’s not like adoption/kafala exists.

Okay, so we get that bad relationships exist in some TV shows to make a point like “this person is awful” or “things like these shouldn’t go on”. But, come on? How is there not one good relationship on TV?

Not one — even in romantic dramas, every relationship dynamic is borderline toxic and wouldn’t be allowed to go on in real life.

Isn’t it weird how every family this Ramadan has a few criminals? And not only that, they all hate each other and would sometimes even go on to attempt things like murder and other fun stuff?

We know every family has a level of dysfunction, but wow, this is just beyond belief.

This guy going after every girl any Hamada wants

If you’ve seen the man pictured above, you may not know him by his actual name, Ahmed Hassanein. You may, however, know him as the guy popping up everywhere at any given time. Usually at the perfect moment to casually date a girl some Hamada is in love with.

Yes, we get it. Shows do this whole thing where they leave you hanging at an interesting point so you tune into the next episode. Guess what, though. The key-word is “interesting”.

And so far, not one cliffhanger warranted that. Why do you end shows at interesting points in the conversation or at a monumental event and then have that conversation or event mean absolutely nothing in the first minute of the next episode? Respect your audiences.

As viewers, we’ve never been more fed-up by the current trends.