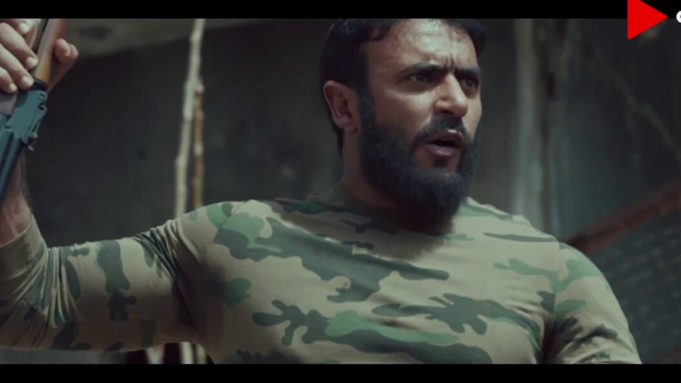 If there’s anything we enjoy more than flipping through channels to catch our favorite Ramadan shows, it’s looking for the characters we sympathize with so we can root for them. But do you know what’s actually kind of more fun than that?

Finding characters we’ll definitely hate! The characters that will inspire a thousand twitter memes and a lot of “well, they did the part right if we hate them that much”. But it’s a little early to guess who’s going to be our IT villain, right?

Well, we’ve found a way to get around that — we will just try to predict the future. And according to our predictions, these 8 characters will be getting the brunt of our hate this Ramadan!

Let’s be real about this for 3 seconds. There’s no way we’re going to stand seeing El-Awady’s face for a good chunk of time after El-Ekhteyar is over.

As the show goes on, you discover he’s a terrorist and a traitor with no redeeming qualities, so it’s understandable.

With every Yousra-led family drama, you can always expect that one cunning relative who will stop at nothing to get their justice, whatever it may be.

Farah, in this show, however, takes it a step or two too far. See, getting revenge on a person is one thing but *spoilers* injecting her son with literal heroin is something else entirely.

Akram Hosny and Ahmed Fahmy as Timon and Bomba

Watch two episodes of this show and you will understand what we’re talking about. There’s literally nothing that could justify what’s happening there. Words cannot describe it.

Pictured above is the face of a man who will kill a character you’re attached to on that show. It’s not a matter of “if”, it’s a matter of “when” and our prediction is it will happen somewhere around the 15th episode mark. He’s coming, just you wait.

Arguably the real villain of the show, Ahmed Magdy’s Ziad is supposedly remorseful for a lot of things. Beware the spoilers and let’s count down his list of offenses so far.

He cheated on his fiancée (at a mall TBS, of all places), car-chased after a very angry ex in a scenario rife with potential accidents, chose to marry the person he cheated with and then left her at the wedding hall — and that’s only some of what he does in 3 episodes.

We hate to be the ones breaking it to you but if there’s a married couple in any Ramadan series this year, then they’re not happy by default. They’re always fighting, facing problems, and one minute away from getting a divorce at all times.

Sometimes, though, they don’t even have to fight at all. That’s what Sherif Mounir’s Abdallah did. He just came in, made no hints, and asked for a divorce right away. That’s not all, of course! Since we’ve seen the trailer we know he’ll proceed to make his ex’s life kind of horrible, so it just gets worse.

Yet another horrible husband! But wait, before you sigh tiredly and move on, let’s just tell you this. Mortada isn’t just a terrible husband, he’s also a terrible person in general.

A shady employer, a controlling husband, and an insensitive man all around, Mortada is really not letting us run out of reasons to hate him.

Which prediction do you think will stick?