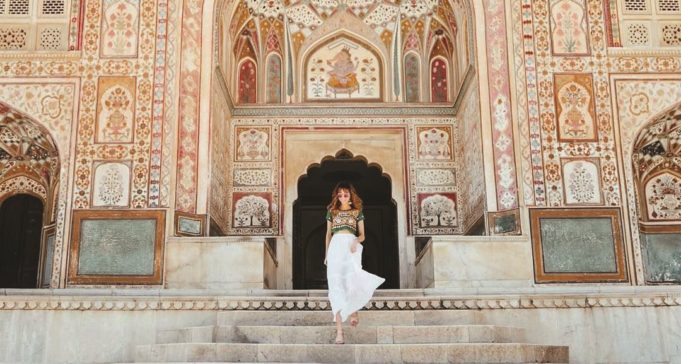 Ramadan is a very special time in Egypt and that is no less the case for expats living here. Although many of the expats living in Egypt are not themselves Muslims, Ramadan is still an opportunity to share in one of the most beautiful (and sometimes frustrating) pillars of Islam.

the Iftar dinners, the colourful decorations, and the solemn reminder that Egypt is, above all, a place of warm, hospitable people are just some of the many reasons why expats enjoy being a part of this magical month.

For me personally, the most beautiful aspect of Ramadan is the strong sense of community that it invokes, even among the non-Muslims. The omnipresent Ramadan tents set up for Iftar around the city are a continual reminder that this is a time of sharing and community.

The communal Iftar dinners, and the sharing of those dinners with those unable to afford their own, is a truly welcome communitarian event, especially to those of us from more individualistic societies.

Stephen Urgola, an American who has been living in Cairo for the last 14 years, recounts that some of his favourite memories are of “having Iftar at El Hussein but even more at the meat restaurant at Sayeda Zeinab where I shared a table with strangers who were very welcoming despite language barriers.”

The support shown by Copts for their Muslim fellow-countrymen is another fondly recounted memory among expats. As many of us expats come from countries where religion is far more divisive than it is here in Egypt, seeing people put aside religious differences to support one another is a welcome sight.

Rashmika Pandya, an Indian-Canadian now living in Cairo, recounts how one of her favourite things is seeing how Coptic waiters will take over for their Muslim colleagues so that they can enjoy the Iftar dinner.

It is truly a time when community trumps religion. The traditional lanterns (fawanees) and bright festive Ramadan decorations everywhere are another favourite among expats. in fact, Urgola says that searching for these lanterns is one of his favourite things to do during Ramadan.

Indeed many expats I talked to noted how one of their favourite things about Ramadan was watching Cairo transform from an otherwise monotone brown city into one of bright, cheerful colours.

Ramadan can also be a frustrating experience for many expats. Many who are fasting, especially in the intense heat of summer, can become cranky and shot-tempered (and understandably so!). As a professor, the change in energy level and attitudes of my students during the summer once Ramadan begins is noteworthy. Food options are also not always available.

Ryder Kouba, a native Texan who has lived in Cairo for just over a year now, laments that many of his favourite koshary places are closed during the day. For many, even when their favourite restaurants are open, they still avoid eating and drinking in front of their friends and colleagues who are fasting as a sign of respect.

The festivities that often go long into the night can be another source of frustration for those who have to wake up early for work (although, alternatively, for those of us who are night owls we appreciate the comparative silence during the day!) Despite these frustrations, however, most expats view Ramadan as a welcome reminder of the kind of hospitable people who make Egypt what it is. And, as Jason Blum, an expat living in Cairo for the last three years, adds, “at least there is less traffic!” Ramadan kareem!