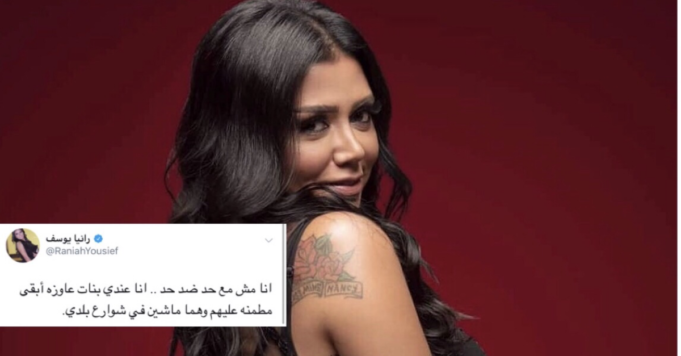 Over the past week, so many people – including many celebrities – expressed how they feel about the whole Amr Warda sexual harassment controversy. But out of everyone, Rania Youssef‘s stand shined through.

The ‘too revealing’ Dress

No one can forget how the Egyptian actress was brutally shamed everywhere because of a simple dress. When multiple reports were filed against her because of the ‘way too revealing‘ dress she wore at the Cairo International Film Festival.

And the worst part of it all was when she was forced to deliver a tearful unjustified apology on Amr Adib’s TV show El-Hekaya.

But thankfully, as the disgraceful news of Amr Warda’s official return to the National Team spread around, Youssef’s reaction didn’t just speak for all of us, most importantly, it rekindled her dignity. 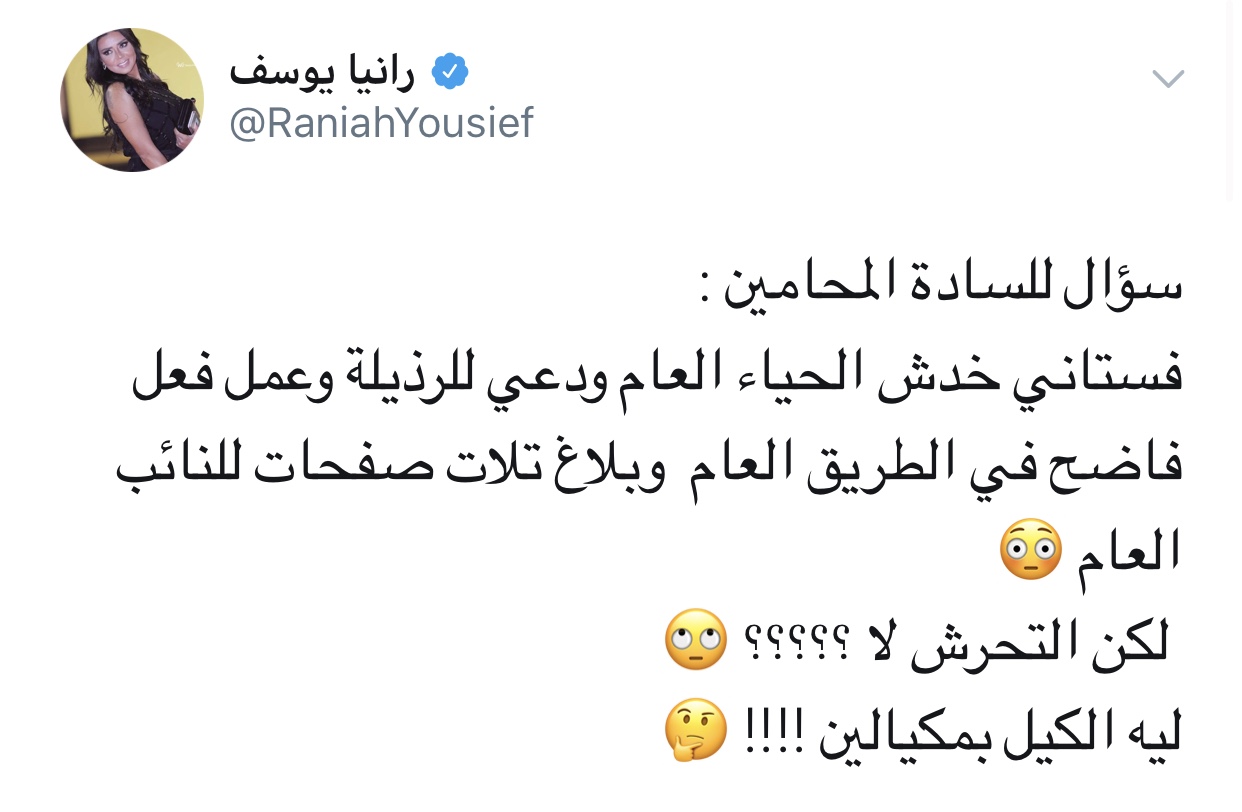 Youssef took to Twitter and shamelessly directed her words to the lawyers who made a horrific scandal out of her dress, but chose to remain silent about Warda’s sexual harassment incident, exposing our society’s double standards! 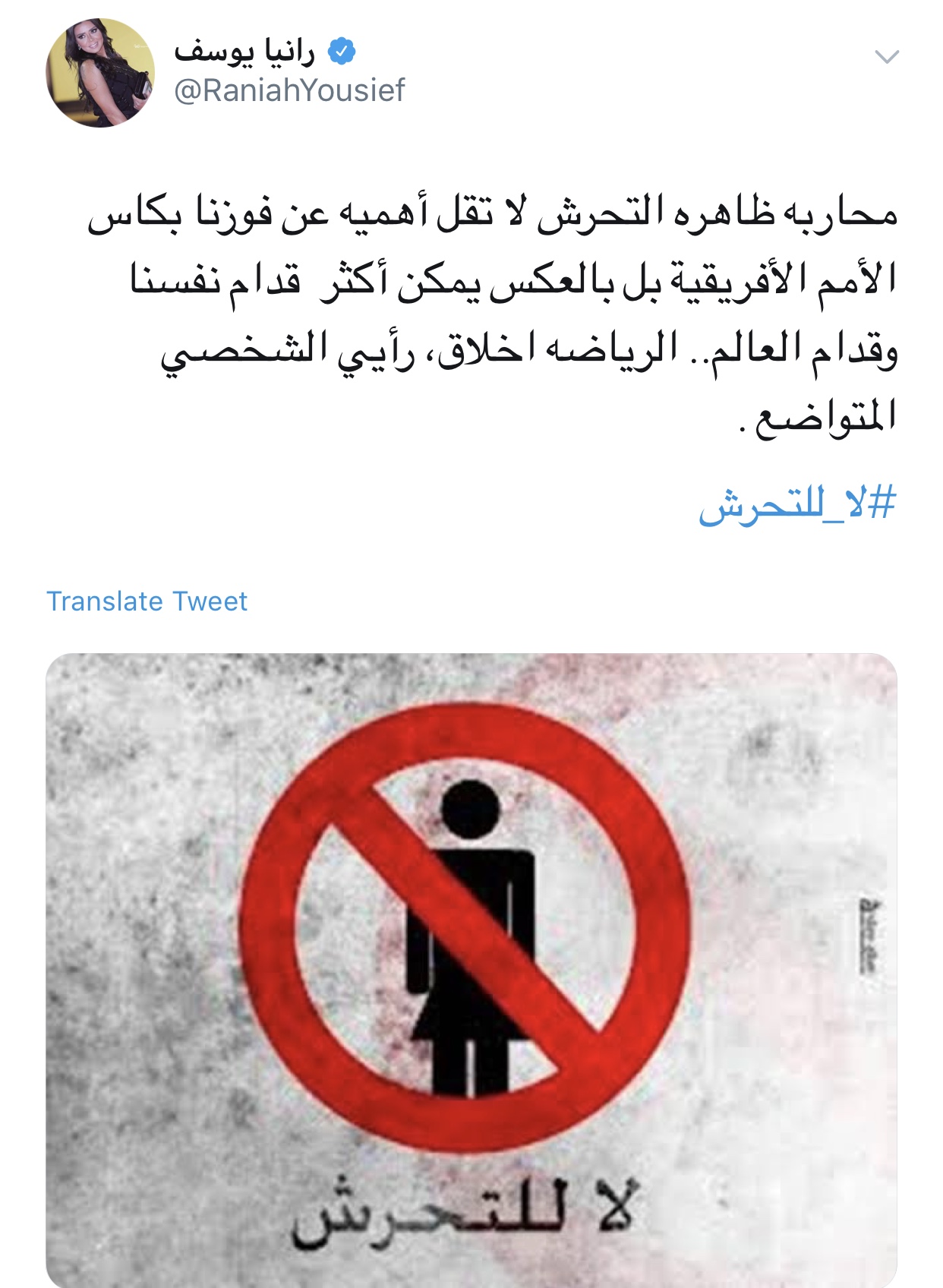 Even better, her statement was posted along with her picture in the same black dress everybody shamed her for. Honestly, we can’t help but say “SLAY QUEEN” at this point! 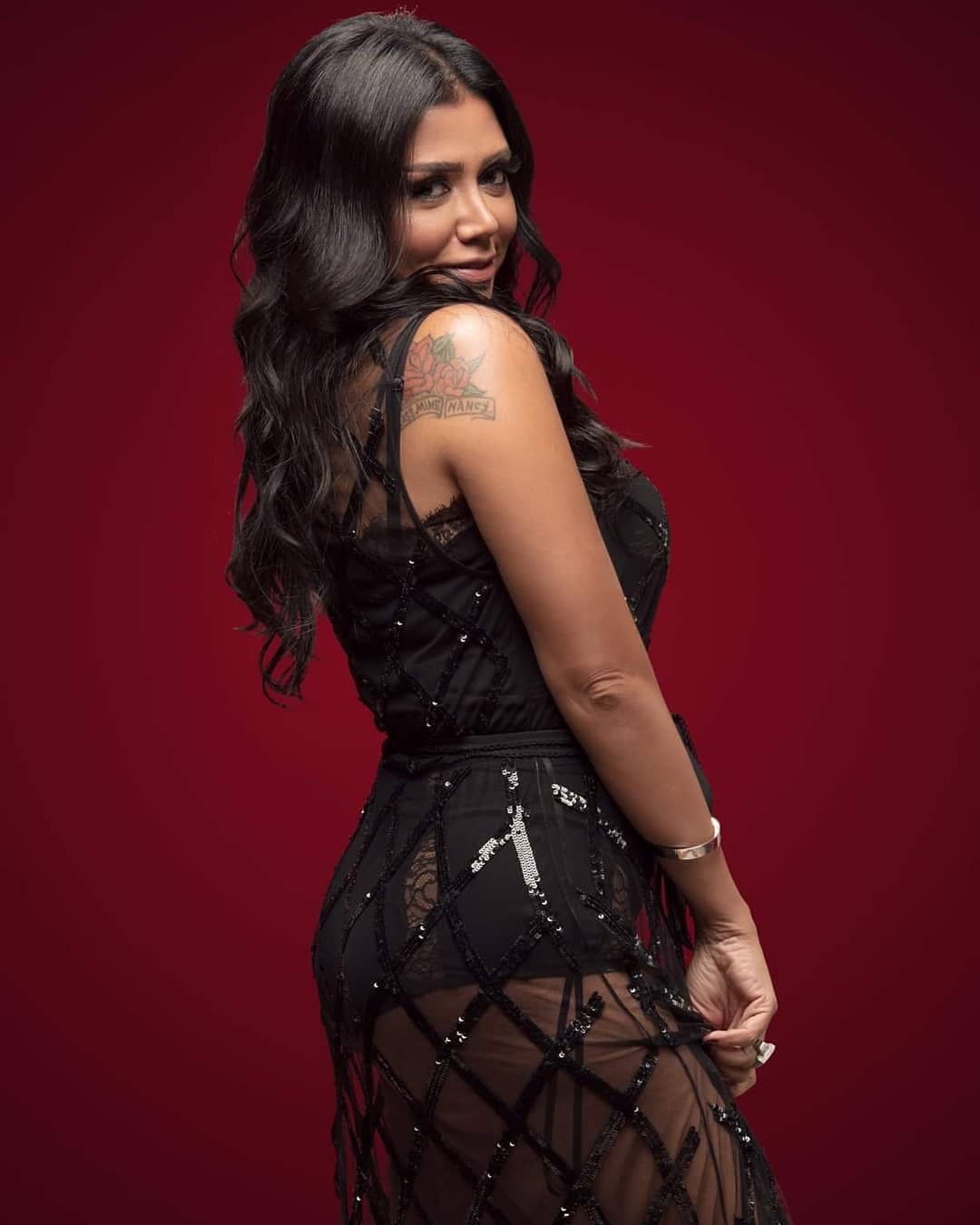 Youssef continued her series of anti sexual harassment tweets and Facebook posts, stressing that she doesn’t want to worry about her daughters’ safety as they walk down the streets of this country.

We can’t begin to stress how proud and happy we are because in just three tweets, Youssef did not just avenge what happened to her last year, but she also provoked the public opinion, criticized and threw shade at the ‘respectful‘ lawyers. As well as the Egyptian Football Association and the National Team who took the decision of ending Warda’s – very short lived – punishment.

On top of all of that, the stunning actress knew exactly how to stand for what’s right and turn the same social media, that attacked her a couple of months back, against every sexual harasser and those who kept their quiet in the face of the horrible act.

It’s not like we didn’t already know the true face of sexism that exists in Egypt. And how the sexual harassment that we – women – face is often not that big of a deal to the society we live in.

But to be quite frank, we thought there’s hope when we first heard about the news of Warda being banished from the National Team. However, like many others, our disappointment cannot be expressed as the whole thing turned to dust in front of our eyes in the span of two days.

Which is why what Rania Youssef did and the way she reacted to all of this summed up the hypocritical side of this whole story.