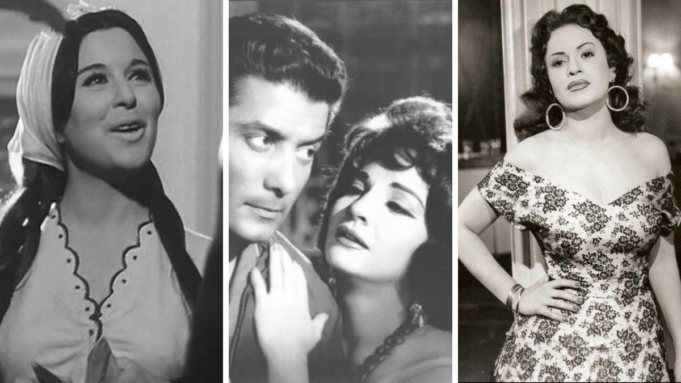 Hey, have you ever watched an old film and thought “this is great but what if we got to see this other character more?”. If so, don’t worry, there’s nothing too weird about this.

Sometimes, the side or more minor characters are just as interesting (sometimes, even more interesting) than the main lead! Especially, if they’re a part of a group that wasn’t accurately represented in that era.

Yes. We’re talking about women here (we tend to do that a lot) and right now, we’re telling just how things would have went if they were leads rather than seconds in a few choice films!

P.S: we’ll be spoiling all of these films but to be fair they’ve been out for decades at this point.

Granted this is an adaptation of Shakespeare’s Othello wherein the wife isn’t all too present so we would all suspect her like the main character does.

The what-if’s alone just make for an exciting thriller that we know Soad Hosny was definitely capable of pulling off!

Okay, so sure we have a shared-double lead kind of thing going on with Rushdy Abaza and Omar El-Sherif and both their stories are compelling. But when you think about it, we don’t get to see Hend Rostom all that much.

And if we do, we just see the Sexy Potential Thief/Con-Artist side of her and that’s it. Don’t get us wrong. We loved that side; we just wished we could have seen others.

You know, like how she got her band of crooks together and how they planned to con the Good Guys All Along. Once you imagine Hend as the lead, you can just see the movie panning out.

Shabab Imra2a is basically a symbolism-rife cautionary tale of a movie about Shokry Sarhan’s character as he leaves his small town for the big city and proceeds to immediately lose it in every way possible.

But he doesn’t lose it just for the hell of it. Tahiya Kariyoka, playing the rich dictator-ish female villain, is the instigator behind all his troubles. And you know what? We wanted a back story.

How did she become like that? Who groomed her? And how did no one try to stop her before? The questions — they just don’t end!

There are some movies that just ring differently when you see them through a different hero’s eyes and El-Seman Wel 5areef is one of them.

Instead of it being a convoluted story of one troubled man, the movie suddenly becomes the story of a woman who falls in over her head with that very man, who just won’t give her a break!

Again, we just have so many questions about Shadia’s character in this movie because, everything else aside, she’s just so fascinating.

Is the fact that she harbored a fugitive she also has feelings for the wildest thing she’s ever done?

So this movie is about a serial cheater (Mahmoud Fawzy) who apparently just can’t help himself with dating women while being with others. And sure, it plays like a comedy and sure, everyone gets a happy ending — but you know what would have been better?

If we had the female trio be the leads and turned the whole story into a John Tucker Must Die type of situation. Come on, don’t say you haven’t thought of it.

What other movie would you like to see swapped?