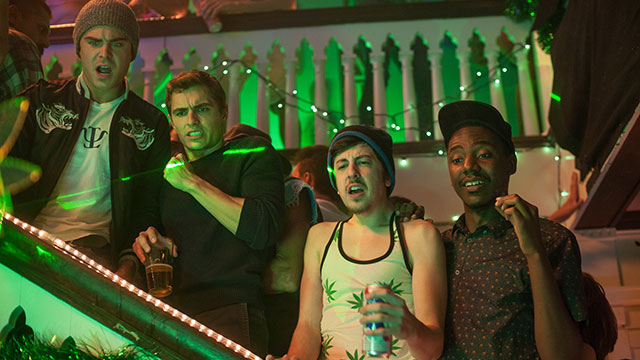 College is supposed to be about preparing us for the real world. It’s supposed to make sure that we’re adult enough to survive on our own, but does it really do that?

Not here in Egypt. Well, at least not always. If you’re one of the majority of people who still live with their parents while studying in university, then you’re not getting a genuine experience and here is why:

Obviously, if you still rely on your parents for everything then you’re not really learning how to be independent. You still go home to your mom’s home cooked lunch, ask for your pocket money and demand more when you finish it. The concept that people only move out of their parents’ place when they get married is actually terrible. You have no idea how to manage most domestic and financials issues because they’ve always been handled for you.

Cooking is a lot simpler and easier than you would think, but none of us would know because we only step into the kitchen to reheat mum’s left overs or grab a cheese sandwich. Whether you’re a girl or a guy, college is usually a time you have to cater to your own nutrition needs. Living at home with mum and dad robs you of that chance. Even though most college cooking involves Ramen noodles and pizza, but that’s more than enough to keep you alive!

What money? You have never been in a position where this was an issue at all. You constantly sit there and treat your parents like ATM machines that are supposed to cough up money whenever you’re running low. The concept of saving up for something or checking the price of food at the supermarket and getting the best value for the money you’re paying is a very foreign concept to you.

A staple experience in any college life. As much as we do have a party scene here in Egypt, there are 2 reasons why it’s not a college must as it is abroad. Firstly the age, time and money issues. Most party places around have a 21 age limit, and even though some might be lenient, the idea that you make your way to a party and be denied entrance is reason enough not to go. Parties aren’t really an everyday thing; it’s like a weekend thing. Even when there are mid week parties, they are rarely as good. Not to mention the fact that you probably won’t find a party that costs less than 100 LE for entrance. Secondly, the culture. In particular for girls, the concept of you going out late to a party isn’t as easily accepted and causes family drama.

These are all things that help prepare you for real life. (Yes, even partying can help!) So at least try to learn some of them on your own, despite the culture not being the most apt for it!