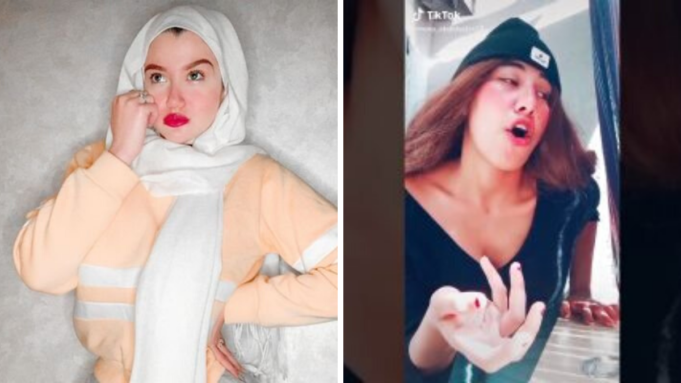 Ever since the internet existed, online crime was always there. While this isn’t exactly a surprise since, well, crime is a thing, we’ve managed to get to find ways around to penalize these criminals as our technology developed and changed.

Here’s the thing, though. Do we even know who should be held accountable online? See, it seems that with recent arrests of Tiktokers like Haneen Hossam, Mawada El-Adham, and Menna Abdelaziz, we may want to revise that idea.

Who shouldn’t actually be blamed

Before we dive in, let’s begin by saying that we’ve all seen how the Egyptian social media-sphere was after Hossam and El-Adham were arrested for soliciting girls online to essentially hold paid entertaining “live-videos”.

In these live videos, according to Hossam, girls would be obliged to entertain men and would get paid in return.

People didn’t pay attention to that, though. Rather, people focused on something else entirely. The cringey content, showy entertainment, and experimental sense of fashion Hossam and El-Adam, as well as Menna Abdelaziz, seem to have in common. As if that alone justifies what eventually happened to these three personas.

Now Let’s imagine a scenario. You’re a girl and you have a Tiktok page. You’re having fun, catching up with all the trends and trying to come up with your own. Your wardrobe is a little showy but no one really cares. It’s just online stuff, isn’t it?

Well, no. Sadly, it doesn’t work that way. If someone thinks your content is too cringey or racy, they’ll do far worse than report your page. They might report you to the police, who will be obliged to arrest you for internet crime on grounds of protecting public morals.

Naturally, all of this has to change. We know that, of course, anyone who breaks the law should be held accountable but teenage girls and young adult women shouldn’t be apprehended for merely expressing themselves online. And, yes, the point still stands even if their content is cringey or attention-seeking.

They may be going through a phase and they may not be, but either way these are their own online pages. They shouldn’t be worrying about ruining public morals, especially since these morals are supposed to be strong enough to withstand girls posing in swimsuits online. Would you want this to happen to you or anyone you know?

Right about now, you’re probably thinking somewhere along these lines: well, but if these online personas shouldn’t be held accountable for their content, then whose content is actually borderline horrifying?

Before we mention anything, we wanted to say that if someone’s cringeworthy online content doesn’t sit right with you, we’ve got you covered. See, all you have to do is either block that person or report their page, if you want to take drastic measures. Yes, it can be as simple as that.

With that said, though, we have to point out something. Online crime and behavior that is actually hurting public values and morals are still very much alive and people have been getting creative with them. And yes, they’re doing much worse than using bad English grammar.

So, who should be held accountable?

Rather than buy into the trend that some girls and women’s online presence is shameful and/or ruining societal values, we should be turning our gears toward those whose online presence and content is actually harmful.

These people, among others, are the ones we should be holding accountable for horrible, sometimes graphic content because these behaviors are the online crimes that should be taken seriously. These are the crimes actually affecting public values, not girls wearing clothes we’ve all seen on Instagram.

We can’t simply call for anyone to be “stopped at all costs” when we don’t like the content they present or when we see just how different they are from us.

We hope we take a second look at just who we’re actually blaming.