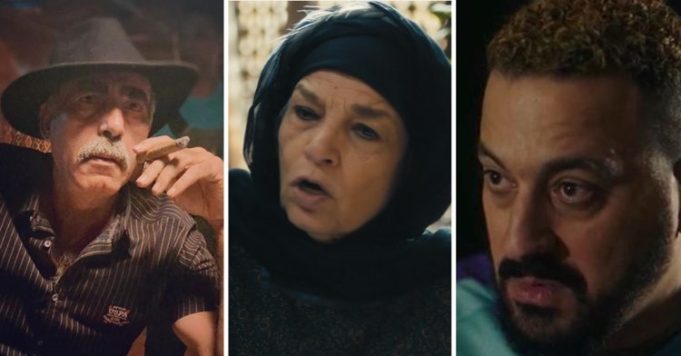 The “Ghamazat” singer is not a fresh face to drama. However, we totally rediscovered him this Ramadan. Channeling his inner villain as Medhat in Forsa Tanya and as the hired hitman in Mohamed Ramadan’s El Brens; doing both so masterfully!

Bayomi Foud never falls short with his roles; he always has a role everywhere and it’s mostly a comedy one. With “Kheyanet Ahd” we saw him in a different light and we loved it. Maybe someone should consider giving him more serious roles?

This is one veteran actress who knows how to live up to her legacy. We mean, have you seen her in El Fetewa? Despite the fact that her role wasn’t a major one (like most of her roles), she managed to have everyone talking about her. And, especially in that death scene!

Arfa Abdel Rasoul is super talented and that’s no news. But seeing her as “Showekar” in this year’s “El Laeba” really granted her a new level of appreciation in the eyes of her fans.

Who doesn’t love “Sameh” from B 100 Wesh? We’re really glad talents like Mohamed Abdel Azim are being offered bigger roles and bigger opportunities in the drama scene!

So, which one’s your favorite?