Relationship abuse is an ambiguous term and it can range from verbal manipulation and intimidation to sexual or physical threats. But it’s safe to say that relationship abuse is a recurrent behaviour in which one of the partners is exposed to a form of violence; be it emotional, verbal, financial or sexual. Usually one partner resorts to violence to maintain “control” over the relationship.

In general, women are more likely to be exposed to relationship abuse. From the years of 1994 to 2010, about four in five victims of intimate partner violence were women. Nevertheless, men also face psychological aggression and physical violence. For men, however, it is much more difficult to report since it is always viewed as female victim/male perpetrator issue. Between the years of 2008 and 2009, one in six men (which constituted 16% of the sample) were victims of domestic abuse. So it is an issue that both men and women suffer from. 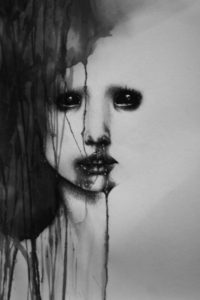 The sad thing is that most people who face relationship abuse think that it’s their own fault. They begin to have feelings of confusion and fear and probably end up not reporting or seeking help. Some victims blame it on their partners’ stressful circumstances or harsh upbringing but no matter what, abuse or violence is always a choice and it is never okay.  It is proven that relationship abuse escalates over time. Relationship abuse does not stop at the mere act itself; it has a long-term negative effect on the victim. Victims are more likely to experience depression and anxiety and engage in unhealthy behaviors such as excessive tobacco, drug and alcohol use.

Especially at a young age, people find it more difficult to communicate feelings of anger or jealousy, so they resort to violence. In addition, the media has paved the way for the young to believe it is okay to insult or engage in harsh behavior. For instance, the Twilight Saga which was very famous a few years ago, especially among youth, and which I personally read when I was in my early teens, promotes love for an abusive relationship. Every girl saw how Bella, the main character, was very passive and had low self-confidence. She ends up falling for Edward, a strong male who displays signs of overprotectiveness, jealousy and aggression. Back in my teenage years, I didn’t think this was alarming, which is sad how we got used to abusive relationships portrayed in the media. 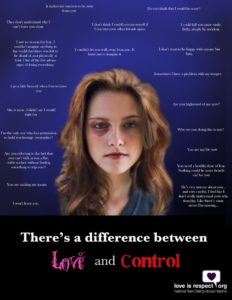 If you have ever been a victim of relationship abuse, never blame yourself. It is never too late to walk away from an unhealthy relationship. Always pay attention to alarming signs that could give you a clue about the person you are getting into a relationship with. How does this person behave when he/she gets angry? Or what is the level of trust in our relationship? These are possible questions that you need to ask yourself. 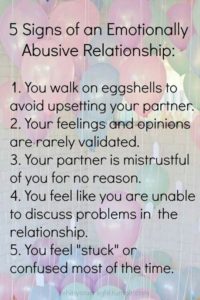 You also need to communicate your fears to someone reliable. Remember, there is nothing shameful about it. It can happen to anyone even Hollywood stars. You deserve to feel safe and secure in your relationship. You can’t remain vulnerable, always under the threat of anger outbursts, and call it love.