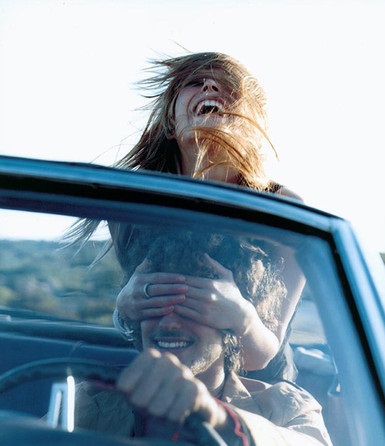 Whether it’s a serious, committed relationship or a casual, short-term one, every step in love is a gamble! If you want your relationship to flourish, you’ve to be willing enough to take some risks.

From friends to lovers

Some people believe that it’s not that great of an idea to date a close friend, and that’s for two reasons. The first is that you probably know TOO much about each other which could lead to future fights. The second reason is being afraid it wouldn’t work out between you two and that will ruin your friendship and you’ll end up losing him. But you guys are close friends for a reason, you admire each other, so if you develop feelings for him, why would you miss out on the opportunity of a great relationship?

Okay, so this one is VERY risky, but if you’re in a serious committed relationship then it’s worth taking. If your man decides to move to another country for a much better opportunity that will help him in his career, consider relocating for him. Relationships are all about supporting one another, and one day he’ll return the favour and go out of his way to support what you do. Just make sure you don’t change the path of your life for someone you’re not sure about yet.

You might be dating a guy who cheated on his girlfriend with you, and ended up leaving her for you. You felt lucky and loved then, but after a while, you’ll start questioning whether he’ll do the same to you. Or maybe your man did cheat on you earlier in your relationship and you chose to forgive him. No matter what your situation is, even if your guy has a bad history of cheating, if you decided to give him a chance then give him a fair one.

While you’re caught up in the rush of dating, you might forget to ask the basic questions about your man. Don’t be afraid to ask silly questions or think about his reaction towards them, just do it. We know that couples who have a good “love map” of their partner are more likely to stay together. It might not seem important to know the name of your partner’s childhood best friend, or where his parents met, or what his father studied, but research has shown that understanding your man’s history creates marital stability, so think of each question as further investment in your relationship.