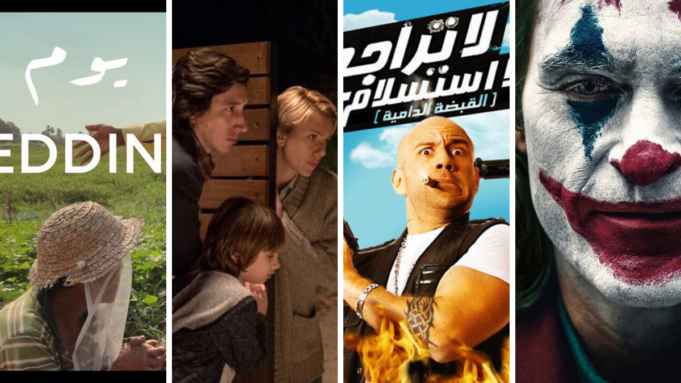 The 2010’s sure were something, in terms of fashion, entertainment and pop culture, weren’t they? You may not remember all the gems but trust us, once we refresh your mind, you’ll wish to have never forgotten!

2010 was one year to behold for cinema, which is something we’re only now just realizing. There was no direct monopoly for any one genre but the standouts were mostly comedy films, like the now-iconic La Tarago3 Wala Esteslam.

Movies from dramatic genres and abroad also made their presences known in gems like 678 and The Social Network.

In 2011, a horde of important films came out all at once. Some discussed societal issues like Asmaa and relationships like Wahid Sahih. Others were monumental in their own rights, like the very last film from the Harry Potter franchise.

An eclectic and strangely forgotten year, 2012 was full of many gems, local and international. Most notably, the infamous Chico-Fahmy-Maged trio had churned out yet another successful movie.

2013 wasn’t full of grand old movies, but the movies that were released were great enough on their own.

With 2014, we saw the beginning of El-Feel El-Azraq series as well as Interstellar, the movie with the most universally loved soundtrack of all time.

Perspective, perspective, and more perspective! 2015 was a year for many movies with pink undertones and insane storytelling.

Another year with the focus on storytelling narratives being more poignant than anything else, 2016 was one wild ride too.

As we drew close to the end of the decade, Sheikh Jackson came out and introduced another side to the more mature themes being discussed in the movie scenes.

We don’t even have to go into much detail with this one. All you need to know is 2018 was the year where Youmeddine, Torab El-Mas, and Leil 5argry came out.

We’re pretty sure you remember this year’s box office. Karim Abdelaziz returned to the screens and so did the Joker in the most anticipated movie of the year.

This decade was just a ride from start to finish, wasn’t it?