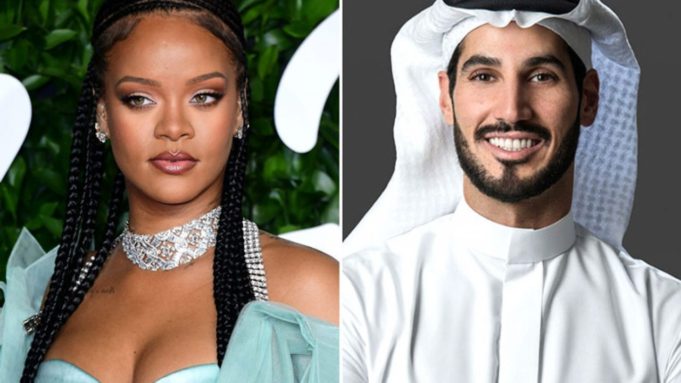 Ever since their dating rumors broke out in 2017, and all the way to their recent alleged breakup, the American pop star and Saudi billionaire have been the media’s favorite topic. For all the obvious reasons, of course. But we think those reasons aren’t necessarily the right reasons.

Yes, we can’t deny they looked cute together. But what we find more interesting about the whole relationship is something far deeper. To understand it better, let’s discuss this in context…

For 3 years now, the couple have kept a low profile about their exclusive relationship. However, this didn’t stop the paparazzi from capturing Rihanna and Hassan’s most intimate moments.

You see, for someone born in Saudi Arabia, being a very traditional and strictly religious Arab society, Hassan’s relationship with the American pop singer without marriage should be quite “provocative”. But is it though?

The answer is NO. And do we even need to say why? Obviously because he is a man. Not just any man too, a rich man. The relationship is highly praised and celebrated by Arabs and specifically Saudis.

So, we can’t help but wonder, what if Rihanna, a woman, was the Arab party in this situation?

Can you imagine an Arab woman indulging in a romantic relationship with a foreigner where they publicly kiss and make out? In a best case scenario, the matter would go to courts and people would basically cyber-stone her!

If you think we are exaggerating, take a look at the long lists of “Honor-killing” cases Arab women are subjected to for merely having boyfriends. The most recent one was Israa El Ghareeb’s.

More importantly, Saudi Arabia has been waving the whole “progressive” flag at our faces for quite some time now. But truth be told, progression and liberty remain a far-fetched dream for a country like KSA.

Don’t get us wrong, we are all for love. But Jameel’s country is the same country that holds women, like Loujain Al Hathloul, in concentration camps for advocating women’s rights.

This is a country that turns any incident, be that a woman who takes off her Hijab, a star wearing a somewhat revealing dress or an Arab actress hugging a fellow actor on stage, to a matter of public opinion.

In opposition, Jameel’s relationship with Rihanna is viewed as some kind of achievement. Did we hear you say double standards?

So the next time someone comes at you with the whole “for the sake of keeping the traditions” card, please bring the whole Jameel and Rihanna argument to the table.

Finally, we don’t think cruelty, restriction and abuse towards women is justifiable or valid. And definitely not on the “traditions” or the “religious” grounds. We think Arab women remain victims of misogyny and misogyny only.