Identity Magazine
Home Trending Samira Said Does What An Egyptian MP Should Have Done in...
Facebook
Twitter
Google+ 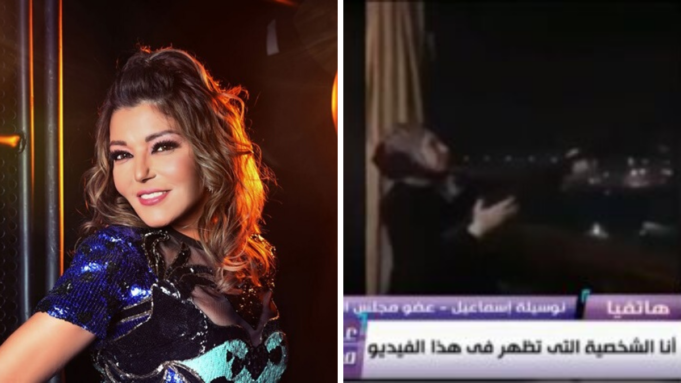 As we all know, Marwa Kenawy‘s son, the late Yousef El-Araby, is the most known wrongful death caused by a stray bullet. We also know that Kenawy has successfully fought for the banning of guns from weddings (and everywhere else).

What we don’t know, however, is why a pop diva like Samira Said would know the basics of humanity better than Egyptian member of parliament Noseila Ismail. Especially in a non-arguable case like this.

See, what happened here was that Samira Said released a party song with one lyric that some felt off-putting. “Hang up the decorations”, the song says, “and shoot your guns!”

What happened afterwards is that Said got notice of Kenawy’s case and immediately issued an apology, citing the song’s meaning. She also said that she stands in solidarity with Kenawy and her movement. All while knowing that if she hadn’t issued a statement, it wouldn’t have mattered because no one had really noticed.

Meanwhile, about a month or so ago, Egyptian MP Noseila Ismail had a video of her leaked while shooting a gun to celebrate her daughter’s engagement, inciting immediate outrage that no one could find wrongful.

After a series of online comments and Kenawy’s filed complaint against her, Ismail couldn’t really care less. The MP maintained her position, citing that she was a lawmaker and would know if she was wrong. She even tried to flip the tables by saying “no one would have cared if I were a man”, (spoilers, we would have).

This may seem like something that not many would delve into, right? It’s an old case, said and done, but guess what? It still matters. To this day, Ismail hadn’t apologized for her behavior.

She still maintains that she was in the right and that the video was leaked because of “enemy plots“. And we should care, because if a pop singer would take time to apologize for something that was a mistake as clear as day, then an MP can very well apologize, too.

It takes absolutely nothing to apologize for your mistakes. We all grow and evolve and when we’re wrong, we’re supposed to acknowledge it.

If you so happen to be in a position of power and make a few mistakes, that should be something you already know. Your people matter and if you did care about the law, then you would have simply apologized and put it behind you. You wouldn’t stubbornly continue on.

We commend Samira Said for apologizing.