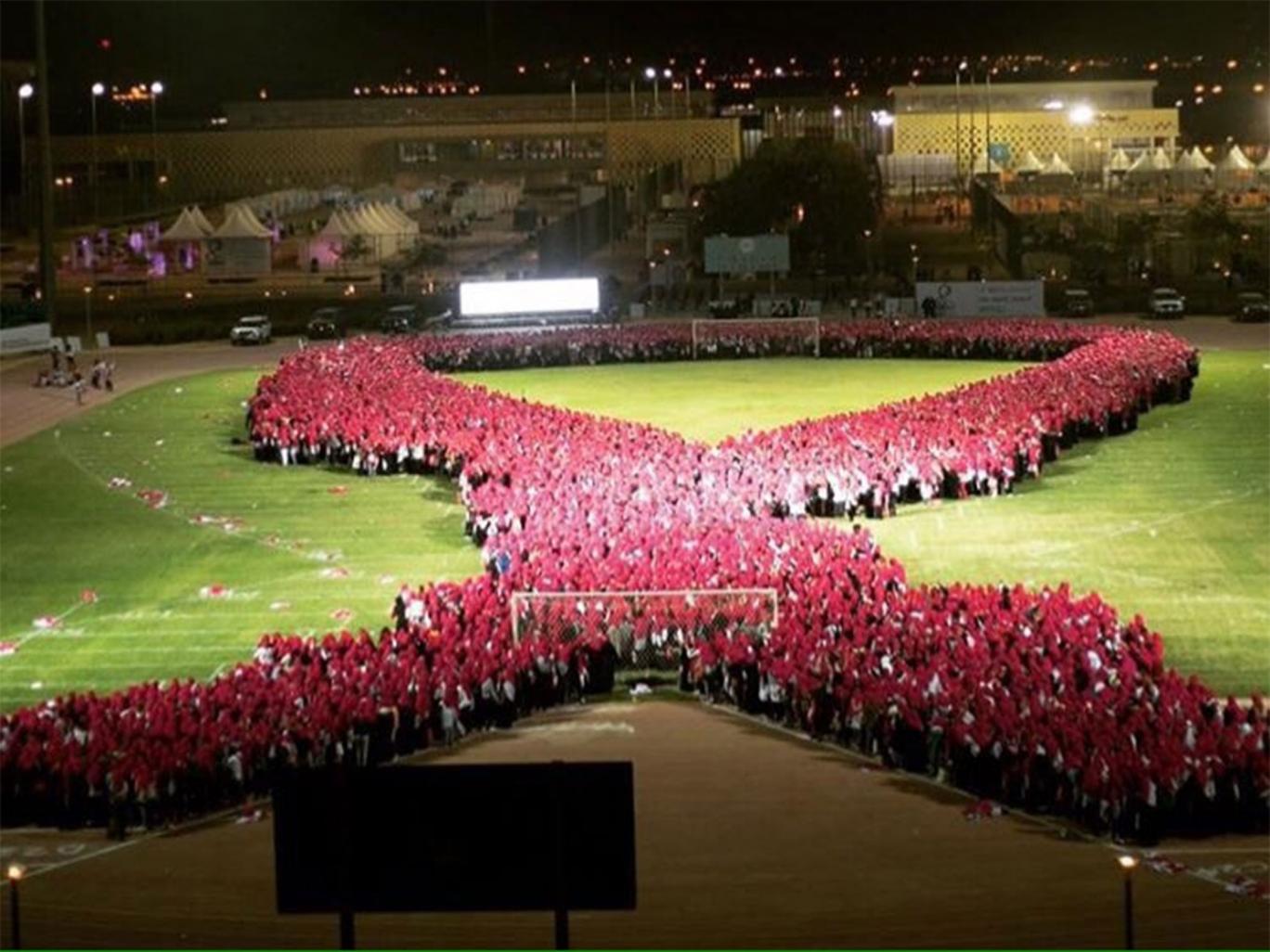 It’s been a big week for Saudi women. They both voted in the current elections and broke records together raising awareness about breast cancer.

For the first time in Saudi history, women have been granted voting rights. This is a huge move for the country known for its strict rules regarding women. As for the elections themselves, there were 979 women running among a total of 7000 candidates for 2100 seats. It’s also said that at least 5 women won seats on local municipal councils. In total, it was said that there were 130,000 female registered voters.

That’s not the only big news out of the Gulf this week regarding the voice of women. Saudi women also broke a Guinness World Record by forming the biggest human “ribbon” to promote breast cancer awareness.

The women joined together by wearing pink scarfs and held hands to form the shape of the symbol of breast cancer awareness under the initiative ‘10KSA’ last Saturday.

Princess Reema Bint Bandar Bin Sultan Al-Saud told Saudi Gazette; “Today 10,000 women announce that they believe that holistic health is important for our future as mothers, daughters, and sisters. We are the voice of the future, and if we take care of ourselves, there will be a bright future. If we don’t, it will be a very bleak future, and that’s not something I’m willing to see nor are the 1,900 volunteers that participated with us today, not the 53 organizations that supported us nor the 10,000 women that arrived today.” Guinness World Record confirmed that 8,264 women were involved  in the event, beating the previous record held by India which involved 6,847 participants.

Congratulations to our neighbors for making history. You’re making us all proud!