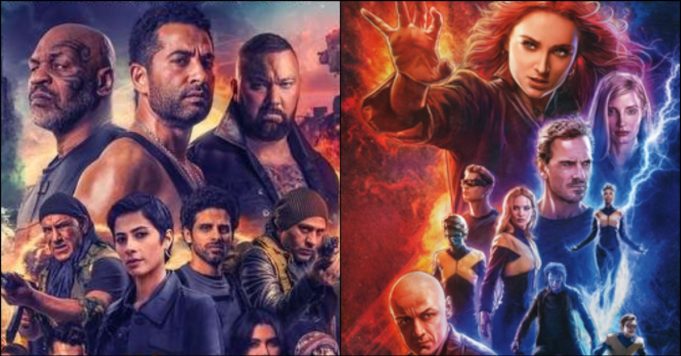 Ramadan is practically over and we get our Eid El Fitr’s vacation, in other words; MOVIES!!

For the longest time, Eids have been the season for movies, especially Eid El Fitr because there is hardly any movie-going through the holy month of Ramadan.

And since it’s movies season, naturally, movie theaters tend to get crowded. Like, really crowded.

So we must all plan ahead and decide on what movie to watch ahead of time so we could find seats.

But to choose, one must know what choices there are. Luckily, we got your back on that one. So put your thinking hat on and feast your eyes on this Eid’s entertainment feast.

One thing we couldn’t help but notice in this year’s Eid movies was the action overdose and surprising lack of romance. A new experience that is yet to be judged.

Criminals, pirates, betrayal, car chases and motorcycle stunts; it’s safe to say Amir Karara is coming back this Eid with another one of his action classics.

It gets released on June 5th, the first day of Eid. And a large number of young teenage boys are expected to be swarming the theaters. So if this ain’t your scene, it’s probably not the movie for you.

So Mohamed Saad is back, Y’all. With… guess what, another comedy. Which is great, we’d all love to laugh and enjoy ourselves during Eid.

Sadly, however, we can’t confidently tell whether you should choose Mohamed Hussein as the Eid movie for you or not because, as we all know, Mohamed Saad presents a very specific type of comedy. What you might call, an acquired taste. And from what we can tell from the trailer, it doesn’t seem that far out of his box.

So if you are not a fan of his previous works, we suggest steering elsewhere. But if you are, then, by all means, enjoy your Eid movie.

So we don’t know anyone who is not in the least intrigued or curious to see how this movie will turn out.

I mean Mike Taison, Amr Saad, Ruby in a pixie haircut and an action role, and a whole lot of assassinations.

If we had to guess, we’d say the theater where this movie is playing will be the most packed. But that is just our wild guess.

The story is basically Ramez Galal impersonating a whole bunch of personalities to win over Gamila Awad’s heart which -as expected- leads to a bunch of skits and funny situations. While the main storyline seems pretty basic, the skits and impressions seem like they might be pretty funny. But again, the jury is still out till we see for ourselves.

This one is expected to be a long epic war battle. With its retrospective twist, it jumps back in time and showcases life in Egypt during the war.

What’s intriguing about El-Mammar is that it will supposedly put a fresh twist to our usual action movies and portray a full-on war ballad. So Hacksaw Ridge fans will probably be all over this one.

If you don’t feel like an Arabic movie, because you are full-on English movie buff, then we have got you a movie for every mood and they are all airing this Eid.

So this one probably doesn’t need any introduction. Because let’s face it, X-Men fans have probably been counting the days for this one!

Also, Sophie Turner, A.K.A Game Of Thrones’s Sansa is playing Jean Grey, A.K.A THE Dark Phoenix. So whether you are a superhero buff or a Game of Thrones buff, you are going to want to see this movie.

2. Godzilla: King of the Monsters

We all know someone or are that someone who is so fanatic about horror movies that it’s not Eid for them if they didn’t get to have some good ol’ gut-wrenching startles in the movies.

If you are that someone, take it from us, Godzilla: King of the Monsters is THE movie for you this Eid.

If you are going for a family trip to the movies or are just an animation head -nothing wrong with that-, then book your ticket to The Secret Life of Pets 2, like NOW!

Actually, even if you are not an animation head, go see it anyway! It’s funny, light, it has dogs, cats, and Kevin Hart. What more do you need?

Hardcore comedy, light action, smart badass con artists who just casually happen to be Anne Hathaway and Rebel Wilson, i.e. two of the most gorgeous and hilarious starlets any human could possibly think of right now!

Well, this one ain’t exactly in need of much introduction. Everyone both in Hollywood and Egypt and everywhere in between has been talking about it since it was still in production.

We all know the story of Aladdin, so there is no surprise there. But if you are considering choosing it as your Eid movie, we can comfortably give you the Go Ahead! Because the odds of you regretting watching it are slim to none. Unless you hate magic, music, love, and Will Smith, in which case, we don’t know how to talk to you.

There you go, now you are ready to make the very important choice of what movie to watch this Eid. Choose wisely!