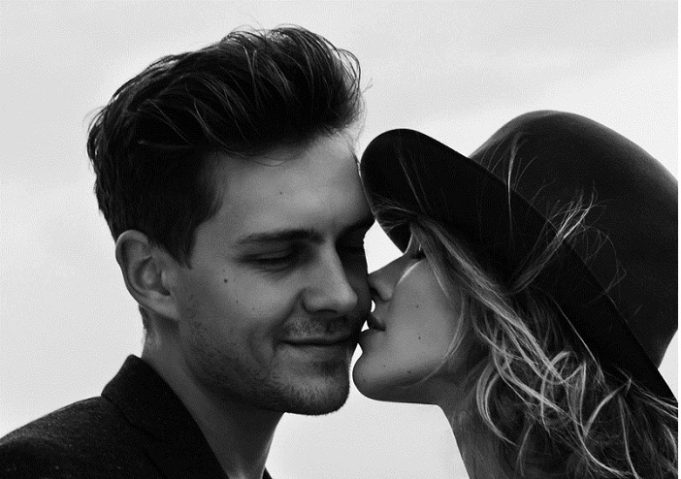 To really get to the root of romantic love, we need to think about the way the Greeks referred to it. In the past, love was called “the madness of the gods”. In modern psychology, love is referred to as a strong emotional union between two persons. And yet in many ways, romantic love is the most misunderstood kind of love because people operate in the belief that “it just happens”. For a lot of people, it can be hard to put into words or explain what love is. In this section, we hope to shed some light on the science behind it and how to know when you have it.

The Science Behind Love

Though we often associate love with the heart, the true magic happens within the brain. A study in the Albert Einstein College of Medicine in New York showed that the brain of someone in love looks similar to that of someone high on cocaine, through the comparison of MRI brain scans. Cocaine acts on the pleasure centers of the brain by lowering the threshold at which they occur. This means that you feel good a lot easier than you would normally. Love works similarly in that way, and because of this lowering of the threshold, you not only fall in love with the person but you begin to fall in love with the world around you in the same instance. You begin to build a romanticized view of the world around you. Pain and aversion centers are stimulated less and less when you’re in love, and a person can become less bothered by things in general. The chemicals at work here are Dopamine and Norepinephrine, exerted by the brain and trigger sexual arousal and also feelings of craving and desire to be with the person you love.  In addition, there are lower levels of Serotonin in the body which allows people to think obsessively about those they love. Despite all of this, science knows little about why people fall in love and yet somehow people know it when they feel it!

How Can You Tell if You’re in Love?

There are several indicators to determine whether or not you’re in love with someone. Helen Fisher, an anthropologist in Rutgers University, sheds some light on the issue suggesting that when you’re in love you experience an inability to develop romantic feelings for anyone else. You begin to think that your partner is unique, and your priorities are restructured to keep the other person in mind. Your habits and mannerisms change to accommodate the other person. While attraction and arousal exists in this sort of relationship, there are strings attached: a need for exclusivity and possession. Fisher’s study also concluded that people in love described their feelings towards the other person as “involuntary” and “uncontrollable”. If you find yourself experiencing these feelings, then it might mean that you’re falling head over heels for your partner. Keep an eye out for these signs, because you should definitely express that love as often as possible this February!