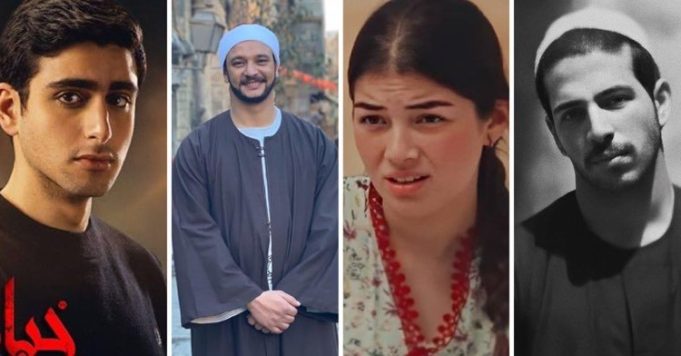 One perk of having a famous father or mother is the ability to share their fame, one day. But it’s not always rainbows and butterflies, they usually have to prove how they, too, have what it takes to win people’s support.

This Ramadan, we’re definitely not short on actors and actresses with famous parents. So, let’s tell you all about them!

We’ve seen Tayam, Mostafa Amar’s son before in “Aho Da Ely Sar” but we’re glad we’re getting more of him this Ramadan too in Khyanet Ahd. Good acting skills and a great voice; what else could we possibly want?

Last year proved the grandson of veteran actor Mahmoud Yassin has got serious acting skills as well. Don’t miss him in “El Fetwa” alongside Yasser Galal!

One of our absolute favorites is Ahmed Khalid Saleh. He’s the perfect example for the saying “like father, like son” and this Ramadan we get to see him not only in El Fetwa but also as a guest in El Ekhtyar!

The new generation of El Shenawy family blessed us with Omar El Shenawy who is following in his grandfather’s footsteps by committing to an acting career. Catch him now in Forsa Tanya!

She’s not just Ahmed Zaher’s daughter, she’s basically a child star from Omar W Salma. Now, she’s aged with grace and is back with some stronger-than-ever acting skills we get to witness in El Fetwa!

We’ve seen Hanady, daughter of musician Hany Mehannah, a couple of times before but she’s definitely taking this Ramadan by storm starring in both “El Fetwa” and “Khyanet Ahd“.

Son of late actor Mohamed Sharaf is every bit as talented as his father was. We’re super psyched he’s making more appearances now, too. Catch him in “Amr W Diab” and ” Etnen Fl Sandok” this Ramadan!