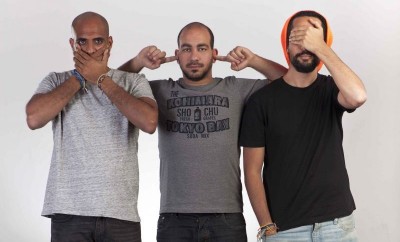 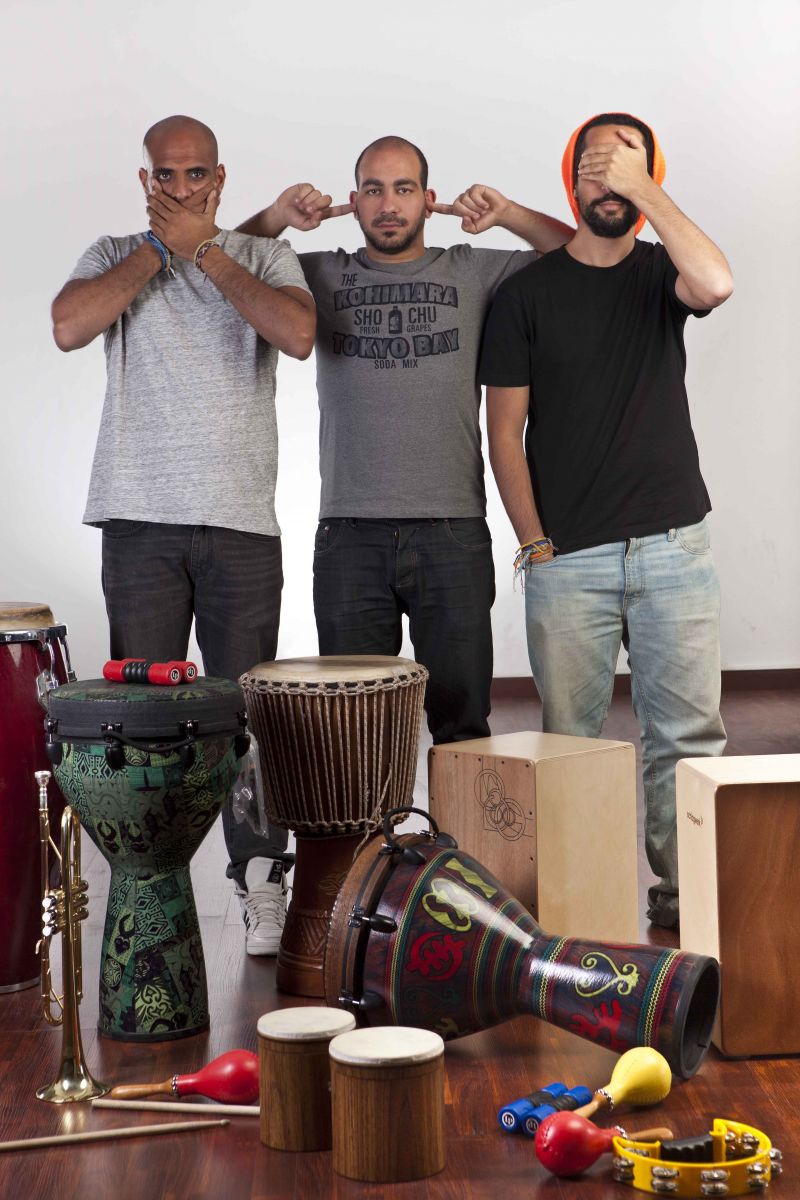 Sharmoofers is a band (or like they call themselves “a project”)who believe that music IS the way to happiness. Their goal is to put a smile on people’s faces when they listen to their music. Ahmed Bahaa, EzzShahwan& Moe El-3rkan, are not only brilliant musicians with an incredible vision, but they are also so much fun to be around. We had the privilege of meeting with them, get inside their brains, and know what they have planned for us next.

First, tell us how you guys met and how it all began…

We used to jam at home for fun until we started making our own music March 2012. Our first song was reggae and we received great feedbacks for it. After building a fan base we started thinking about performing live. Then Pepsi contacted us to work on their new ad’s theme song, which helped us a lot getting the exposure we needed at the time.

Do you only play Reggae music?

Ezz: No not at all. We play many different genres; Latin, funk, reggae tone…

How is it like being in a band? Is it hard sometimes?

Bahaa: What people don’t know is that right now, Sharmoofers has almost 11 members. We started with only 2 members (Moe &Bahaa) but it was harder to get somewhere since we make all the music ourselves and play all types of instruments; Percussion, bass, drums, keys, … So thank God now we have 11 of the best musicians in town, all so brilliant in what they do, so now it’s Sharmoofers& the family!

” If our music makes people happy just listening to it, then we are on the right track “

But we still barely see you guys performing at places, why is that?

Moe: Because that’s not what we want. The 3 of us joined many other bands before and performed at many places such as cairo jazz and sakia, but for Sharmoofers, we have a vision of what we want to achieve, and if we are going to perform live, then we’ll do it right!

Ezz: Our very first concert is taking place next month and we have some surprises for you.

Who are your target audience?

Everyone, we do not target a specific group, if you can relate to our songs and understand them, then that’s all we need.

Who writes your songs and what are they mostly about or where do you get the inspiration from?

Moe: Mostly Bahaa, but Ezz and I sometimes help in adding and changing some stuff.

Bahaa: We write very realistic stories anddiscuss our daily life as Egyptians, mostly stuff that we personally experienced. For us, it’s all about happiness; if our music makes people happy just listening to it, then we are on the right track!

Are you planning on releasing a CD soon?

Ezz: Definitely, after a couple of concerts and building a bigger fan base, we will start working on that!

Tell us about your latest song “KhamsaSanty”? Who helped you shoot the video and what were the feedbacks?

Moe: Mohamed Shaker helped us a lot too! He’s the director. The feedbacks are great so far and we believe that people are more aware of Sharmoofers now.

At what point in your music career path did you go from a bunch of talented boys to celebrities?

Moe: After our next concert inshallah!

Bahaa: Yeah, we do not think we are there yet. We want to make and create music as it should be done, not as everyone else does it. We also want to go international.

But how would you go international when your songs are all Arabic and speaks to Egyptians only?

Moe: it’s all about the music; you could be listening to a Spanish song by marc Anthony and not understand a thing he’s saying but still enjoy the music.

Yeah, that’s true. What are your songs based on?

Bahaa: We basically just want people to feel happy, excited and positive while listening to our songs.

Bobby McFerrin! He’s a genius that we all look up to! He’s not an ordinary musician, and that’s what we want to be. Also Michael Jackson and Shaggy are great inspirations.

Are there any musicians in Egypt that you admire their career path?

Bahaa: No, not really.

Ezz: We played with most of the bands in Egypt, and we admire them all, but that doesn’t mean we want to be like them. We want to have our own identity and create something new.

Moe: There are a lot of singers nowadays with a great voice that sing classic songs perfectly, but is that what we really need now? I don’t think so.

Do you have other jobs or are you taking music as a career?

We have a studio where we teach music. It was hard at first, but now more people are open to learning music.

What’s the most challenging thing in being in a band?

We were lucky enough to find each other, because we all have the same vision and want to make the same music, so we hardly ever face any problems in the band.

What’s your next step?

Every day we make mistakes, learn from them, and work on them. We would like to go on a tour worldwide and get our music out there of course, but we are still working on that, nothing planned yet. But as we mentioned before, we are throwing a big concert, and that’s a good start I guess.

Watch Sharmoofers perform on El-Bernameg Below

Well, Good luck with your concert, and thank you for meeting with us.

Thank you, you guys made it easy to open up! 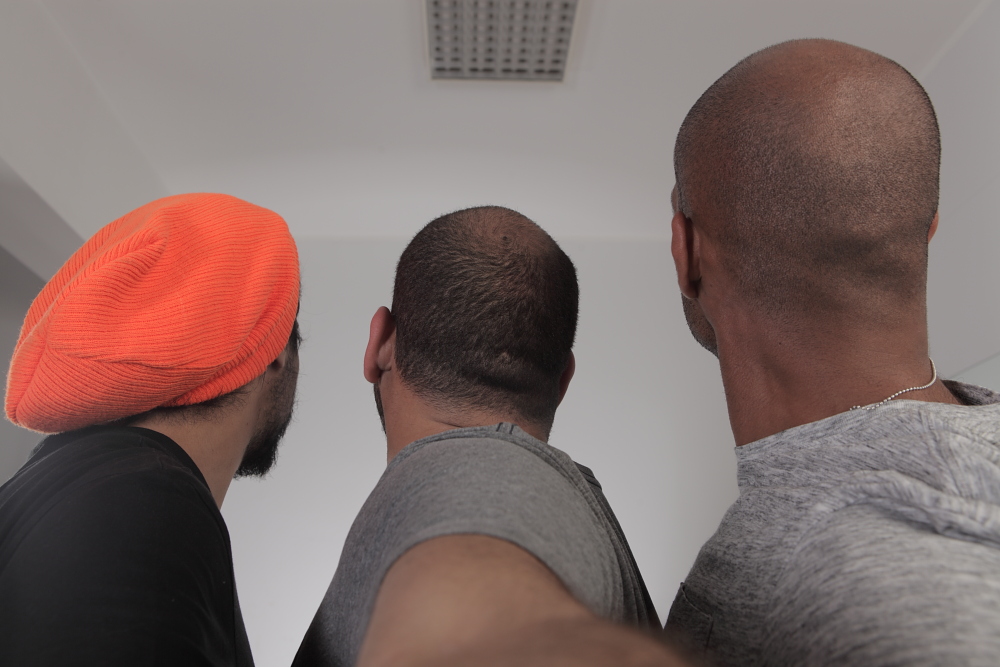